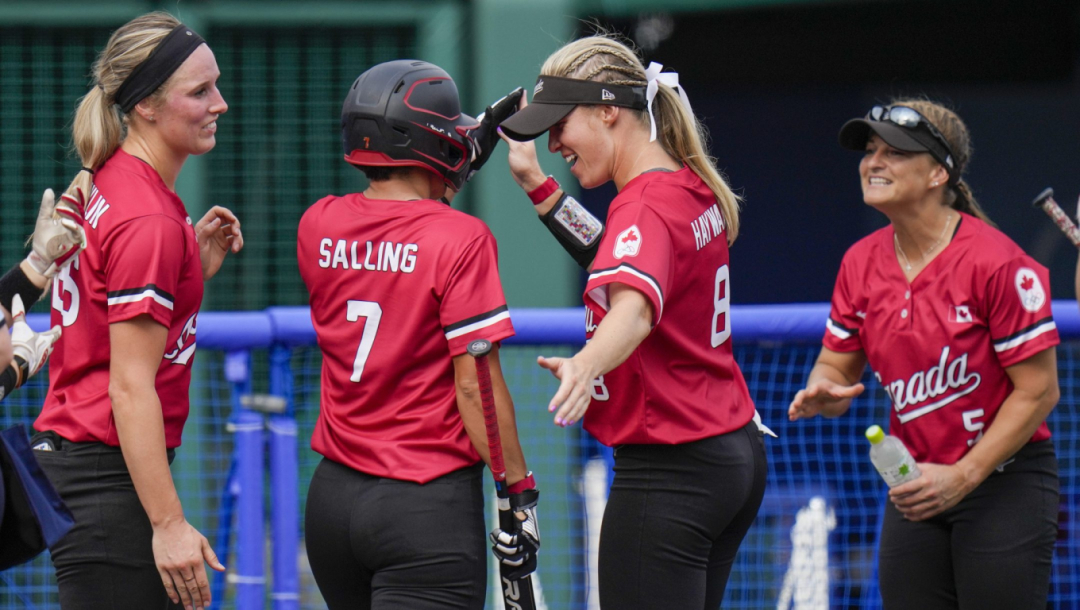 After waiting 689 days since its last international softball game and enduring a pandemic, the Canadian women’s softball team didn’t miss a beat, defeating Mexico 4-0 on Wednesday in the opening game of the 2020 Tokyo Olympic Games.

The Canadians raced onto the Azuma Baseball Stadium field under a scorching sun in Fukushima to start the game, emotions clearly running at an all-time high for Canada’s softball players.

For all the waiting and wondering if they’d even get this chance, after waiting 13 years for softball to once again be part of the Olympics program and a year postponement, the Canadians weren’t going to let the moment pass by them.

Canada racked up four hits in the first inning and scored twice, mounting an early 2-0 lead on Mexico and they never looked back.

“I think it’s a very full-circle moment for me. It happened on July 23. The three-year anniversary of me almost dying. To be in Japan and be with my team and be in this moment is really special,” she told CBC Sports.

“You can’t make this up. It’s incredible and pretty breathtaking for me.”

Groenewegen’s remarkable road to recovery, after spending 10 days in a medically induced coma clinging to her life in the summer of 2018, has been a mark of inspiration for her teammates.

She was brilliant in the early stages of the match, throwing just 20 pitches through the first two innings and retiring six-straight Mexican batters.

Groenewegen was pulled after four innings, finishing the day with three strikeouts, one walk, no hits and 54 pitches.

“It was a complete team effort and a great win,” she said.

Canadian first baseman Jenn Salling padded the lead in the third inning, smacking a ball over the right field fence for a home run to make it 3-0. Canada added more insurance in the 4th inning after Kelsey Harshman’s RBI single to right field to increase the lead to 4-0.

“I’m just feeling so proud right now. There’s a really cool sense of calm confidence amongst our team. I really give that feeling to our preparation. We’ve prepared for so long,” Salling said.

The Canadians were in ample control from start to finish – a dream start to their Olympic journey in Japan.

“We’ve been waiting so long for this moment. We’re just excited to officially be here and opening the Tokyo Olympics,” Salling added.

The last time Canada and Mexico met, the Mexicans won 2-1 at the Olympic qualifier in Surrey, B.C., delaying the Canadians quest to get to Tokyo. They would defeat Brazil the following day to earn their ticket to the Games.

The triumph at the Olympics against Mexico was certainly a measure of revenge for Canada.

“The last time we played them we didn’t like the way things finished,” said head coach Mark Smith.

“It was nice to come out in the first inning and make a statement.”

Coming into the event Canadian head coach Mark Smith said he believed no team in the world was more prepared going into the Olympics than Canada.