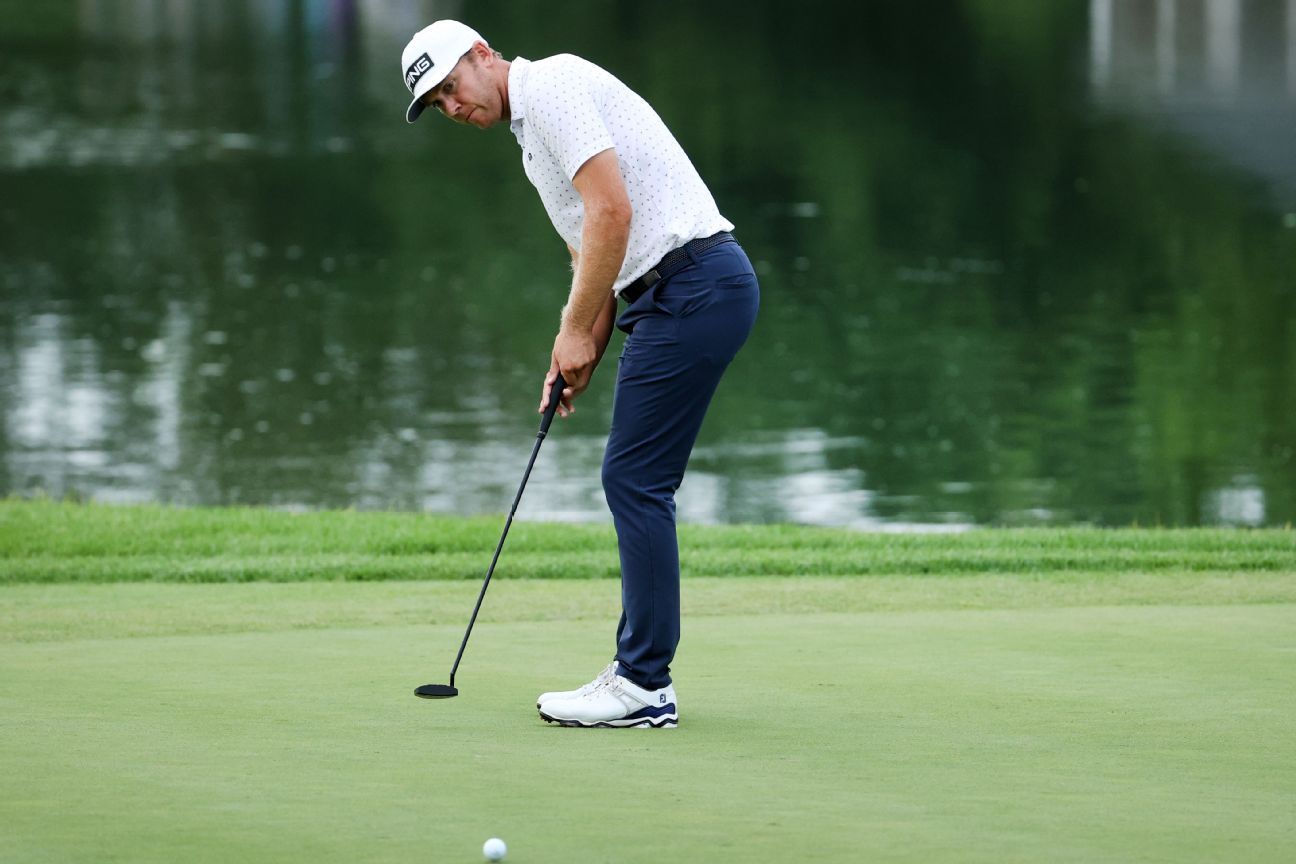 Seamus Power won the Barbasol Championship on Sunday for his first PGA Tour triumph, defeating J.T. Poston with a tap-in par on the sixth hole of a playoff.

Poston drove into the water that lines the right side of the par-4 18th at Keene Trace and made a bogey on the final extra hole. Power hit the fairway, played his second to 12 feet and two-putted for the win.

“I was able to just kind of stay patient enough there and J.T. made just one mistake and I was able to take advantage,” Power said. “Unbelievable day, career changing, life changing, all that kind of good stuff. It’s not going to sink in for a while.”

Because the tournament was played opposite the British Open, Power did not earn a spot in Masters. The 34-year-old Irishman did secure his PGA Tour card, wrapped up a spot in the playoffs and earned berths next year in the PGA Championship, The Players and the Tournament of Champions.

“I view myself as extremely lucky,” Power said. “I’m 34 and I’ve yet to work a day in my life. So every time I get to play a tournament or play an extra year on tour, to me it’s a massive bonus. I love playing golf, it’s my favorite thing to do.”

Power birdied the par-3 16th and the 18th in regulation for a 5-under 67 posting at 21-under 267 while Poston was squandering the lead behind him.

“I started out knowing I was going to need a low one,” Power said. “To be honest, I didn’t think 5 under would be low enough, but I was able to pick one up on the last, squeeze into a playoff and eventually kind of pulled through there.”

“Standing on 15 tee, if I make birdie there, it’s probably over, or at least that’s kind of how I feel. Just bad swing,” Poston stated. “I just put an awful swing on it. I double-crossed it and it was out-of-bounds by half an inch or an inch or so.”

On the first extra hole, Power holed an 18-foot birdie chip from the collar of the 18th green and Poston matched him with a 10-foot putt. They matched pars on the next four holes – on No. 18 again, then twice on the par-3 17th, and again on 18.

The 28-year-old Poston missed a chance for his second PGA Tour title. He won the 2019 Wyndham Championship in his home state of North Carolina.

“Definitely a big step in the right direction,” Poston said. “I hadn’t really played up to my standard, I would say. Saw a lot of good golf with the exception of maybe four holes. Definitely a lot of positives to take away.”

Anirban Lahiri and Sam Ryder ended a stroke out of the playoff, each shooting 65.James Hahn followed a career-best 60 with a 70 to tie for fifth at 19 under with Patrick Rodgers (67), Henrik Norlander (67), Ryan Armour (68), Mito Pereira (67) and Luke List (71). Hahn bogeyed the last two holes.