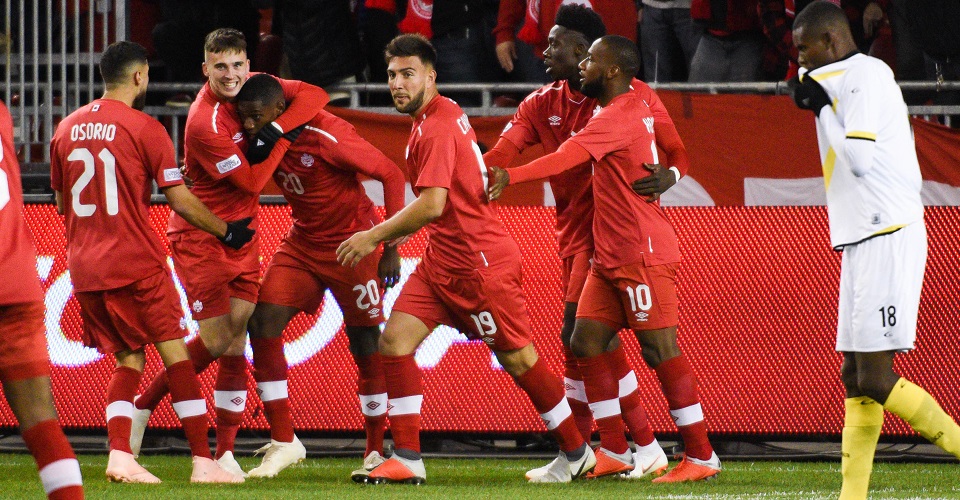 Canada has dropped out of the top six among CONCACAF nations in the FIFA rankings following a loss to the United States, putting the Canadians on track to miss the six-team group that will determine three direct World Cup berths in the North and Central American and Caribbean region.

A 4-1 defeat to the U.S. in a CONCACAF Nations League match on Nov. 15 at Orlando, Florida, left the Canadians with 1,331 points in the FIFA rankings announced Thursday, a drop of eight.

El Salvador gained 10 points, moving back into sixth place, with a pair of Nations League wins, 1-0 over Montserrat on a goal in second-half stoppage time and 2-0 over the Dominican Republic.

Canada fell four places to 73rd in the world and El Salvador rose four to 69th.

The top six CONCACAF teams in next June’s rankings will play for three World Cup berths during qualifying from September 2020 through September 2021, known as the hexagonal. All the other teams in the region will compete for the right to meet the fourth-place team in the hex in a playoff. The playoff winner will play a nation from another region for a spot in the 2022 tournament in Qatar.

Canada’s primary remaining opportunities to gain points will be in the March and June FIFA fixture windows.

The latest rankings have El Salvador (1,346 points, up 10) sixth among CONCACAF countries while Canada (1,331 points, down eight) is seventh.

No. 80 Curacao, just behind Canada among CONCACAF countries, dropped 10 points to 1,313 as it fell four places.

With him on the pitch, there was never any doubt. As he reaches 700 games, savour every single one he has left.