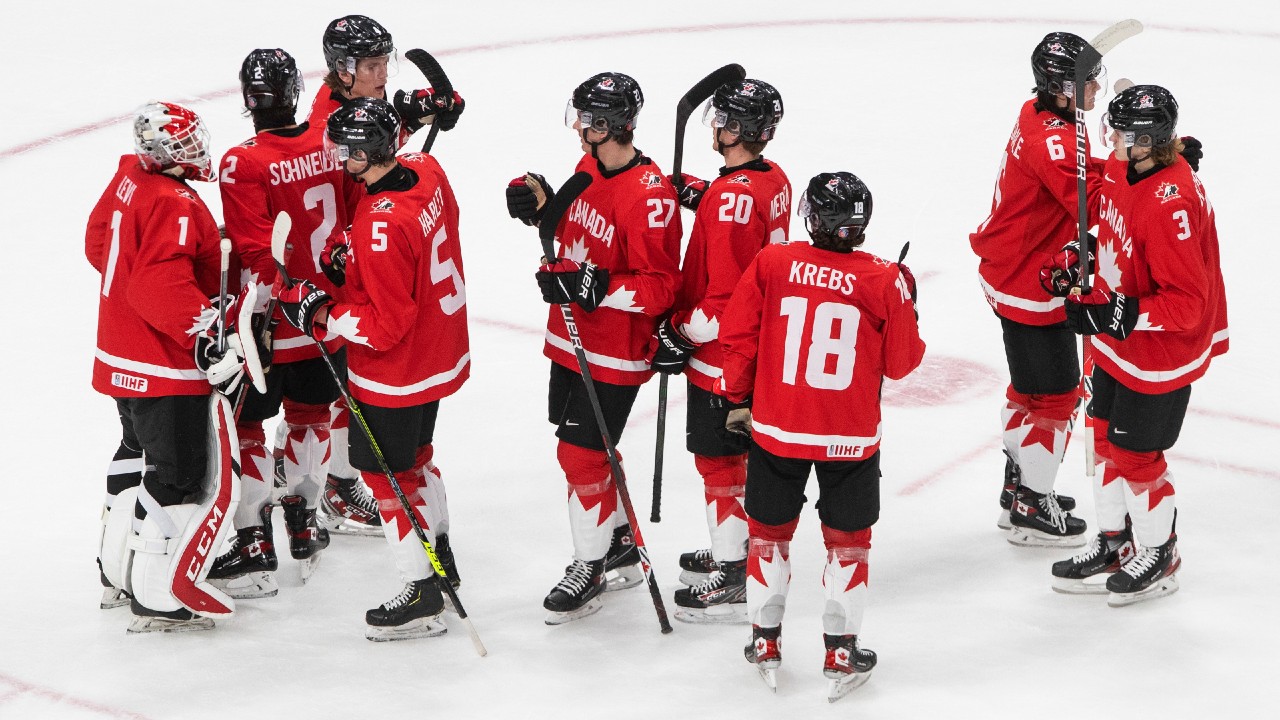 Dylan Cozens applied grit and goals to Canada’s 4-1 victory over Finland at the world junior men’s hockey championship on Thursday.

The Canadian co-captain scored twice, including a hard-working empty-net goal.

The host country went unbeaten in four preliminary-round games to top Pool A.

Canada drew the Czech Republic, the No. 4 seed in Pool B, for Saturday’s quarter-finals.

Dylan Holloway and Peyton Krebs also scored for the defending champions at Rogers Place in Edmonton. Canadian goaltender Devon Levi stopped 18-of-19 shots for his fourth victory of the tournament.

Karri Piiroinen, who played for the Ontario Hockey League’s Windsor Spitfires last season, had 36 saves in the loss.

Canada and Finland cruised through the preliminary round with three consecutive wins apiece and outscored their opposition a combined 44-7.

Their New Year’s Eve matchup was each country’s toughest test of the tournament so far, with Canada earning the higher grade.

“We came out and played our best game so far,” Cozens said. “We reloaded hard on pucks. They had a tough time getting out of their zone and that was all because of our track and our reload. “We did a real good job getting to the inside tonight and getting to the front of the net and battling there. That’s something we improved a lot in this game. We’d been a little perimeter so far, but today we got inside and we threw a lot more [pucks] on net.”

The top four squads in each pool advance to the quarter-finals. Finland will face Sweden who lost 4-0 to the United States later Thursday.