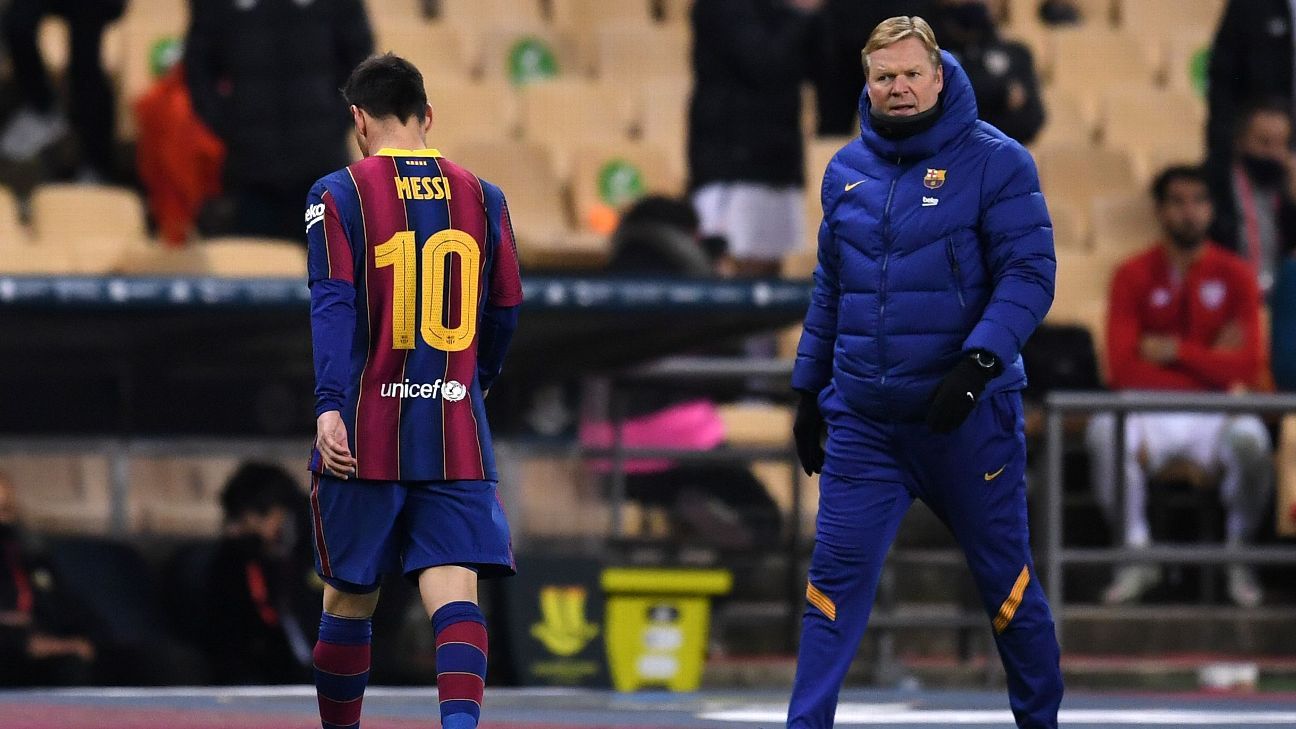 Ronald Koeman has stated he doesn’t consider there is a team in better form than his Barcelona side going into Tuesday’s Champions League game versus Paris Saint-Germain.

Koeman has always played down Barca’s chances of success this season, often referring to a transition year, but optimism has grown on the back of performances since the turn of the year.

“I don’t see other teams much better than Barcelona at the moment,” he said in a news conference on Monday.

“But I don’t think it is good if you are changing a lot of things in the team and playing with young players to expect to win the Champions League. That’s not good.

“We have a good team, though. The team is doing better and playing at a high level. They are at a high level physically, too. And we have fantastic players, which means we can beat everyone and that’s what we want to show by competing with the best teams in Europe.”

Sergi Roberto, Ronald Araujo, Ansu Fati and Philippe Coutinho — but could welcome back Gerard Pique ahead of schedule.

The defender has been out of action with a knee problem since December but returned to training last week and Koeman will leave it as late as possible before making a decision on his fitness.

Meanwhile, PSG will be without the injured Neymar, with the emphasis, therefore, falling on Kylian Mbappe to help them in their quest to win at Camp Nou for the first time ever.

“It is not just a duel between [Lionel] Messi and Mbappe,” Koeman added. “It is a game between two teams and one of those teams has the best player in the world, Messi, on their side. We need him in his best form for the tie.

“It is the same for Paris with Mbappe, who is a really good, quick player, who can make it hard for our defence. But it’s nice, these players are to be enjoyed as a football fan.”

Messi, 33, has been linked with a move to PSG in the summer when his contract expires. The French club’s sporting director, Leonardo, and several players have all spoken openly about their desire to sign the Argentina international if possible.

Defender Jordi Alba stated the speculation surrounding Messi’s future has not affected the dressing room and added that the Barca captain remains committed to the club.

“I am sure the decision he makes will be well thought out and the best one for him. I hope he stays for many years but it is a decision for Leo and we must respect whatever he decides. But right now he is focused on Barcelona.”