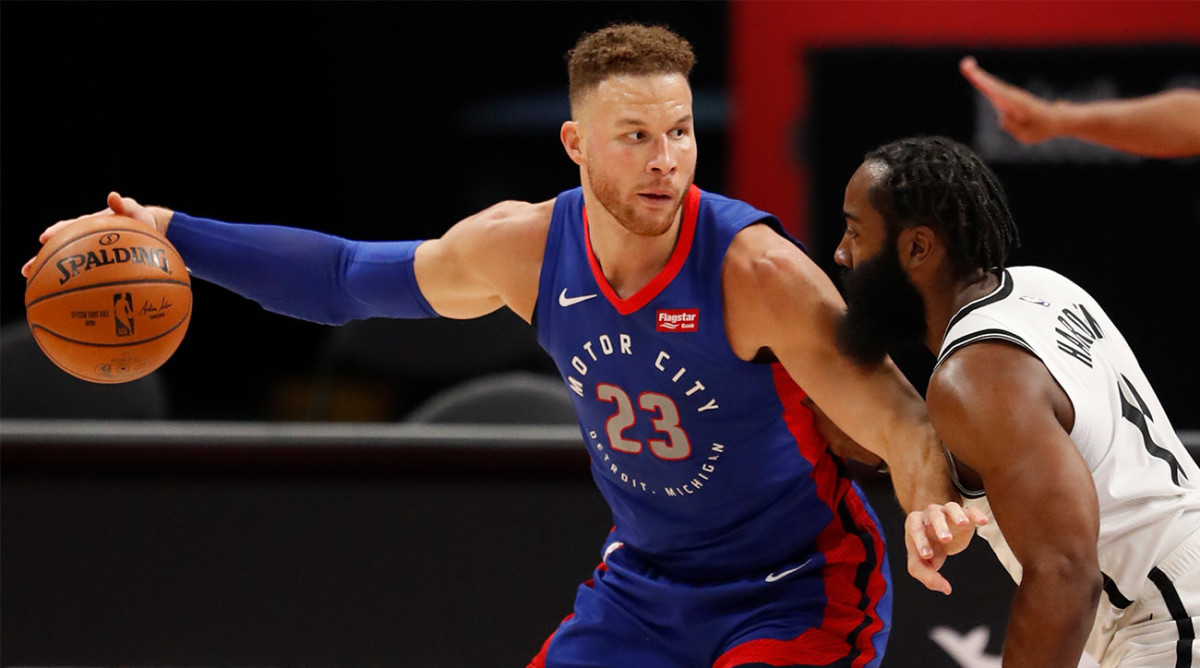 Six-time NBA All-Star forward Blake Griffin and the Detroit Pistons have agreed that he will be out of the lineup until the franchise and his representatives work through a resolution on his playing future, Pistons general manager Troy Weaver told ESPN.

The Pistons will keep pursuing trade scenarios involving Griffin, and talks on a contract buyout with his agent, Sam Goldfeder of Excel Sports, could eventually come into focus.

The Pistons are moving toward a rebuild under Weaver, and this gives the franchise an opportunity to play younger players as Griffin, 31, moves toward finding a role on a contending team.

“After extensive conversation with Blake’s representatives, it has been determined that we will begin working to facilitate a resolution regarding his future with the team that maximizes the interests of both parties,” Weaver told ESPN on Monday. “We respect all the effort Blake has put forth in Detroit and his career and will work to achieve a positive outcome for all involved.”

In a statement, Griffin told ESPN: “I am grateful to the Pistons for understanding what I want to accomplish in my career and for working together on the best path forward.”

Finding a trade for Griffin — who’s owed a remaining $36.6 million this season, and $39 million in 2021-22 — will be a challenge, but the team will continue to seek a deal until the March 25 trade deadline, sources said.

Detroit has entered a full-fledged rebuild under Weaver in his first year at the helm, and the opportunity to play the franchise’s younger players — including rookie forward Saddiq Bey — is taking precedence now.

“It’s a situation where we’re rebuilding and retooling and we have to give those minutes to guys like Saddiq,” coach Dwane Casey stated Monday.

Injuries have dramatically altered Griffin’s game, eliminating the high-flying rim attacks that marked his All-Star career. He’s averaging 12.3 points, 5.2 rebounds and 3.9 assists for Detroit this campaign. Griffin had solid back-to-back performances on Thursday and Friday, including 12 points, 6 assists and 4 rebounds in a road triumph over the Boston Celtics.

“He’s a stand-up guy,” Casey said of Griffin. “He will be in the Hall of Fame someday.”

Griffin was traded less than a season into a five-year, $171 million max deal with the LA Clippers, arriving in Detroit in late January 2018.