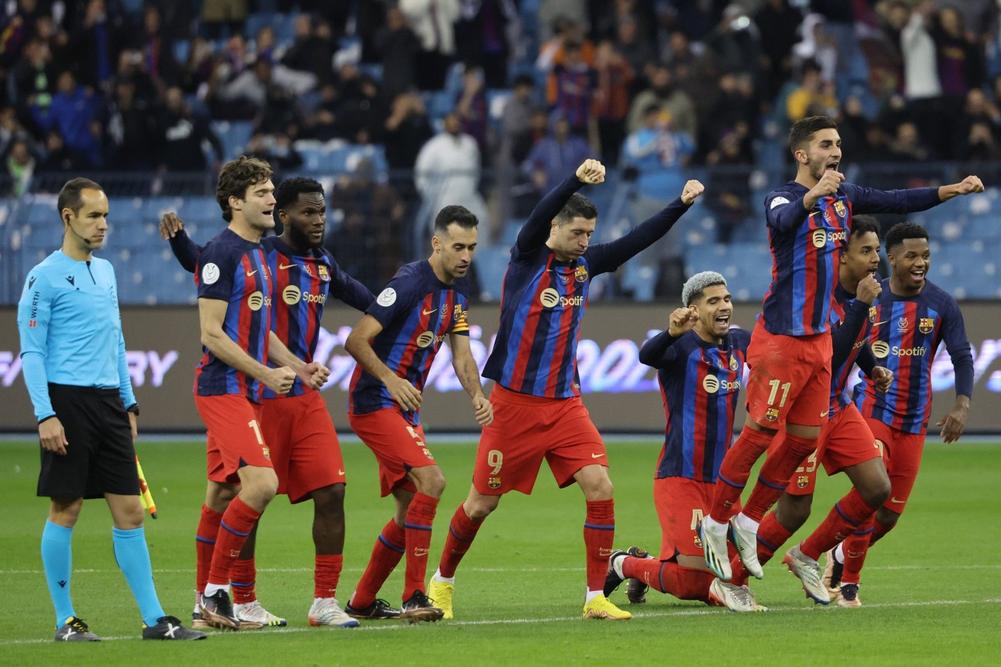 Marc-Andre ter Stegen saved Juanmi’s and William Carvalho’s poorly-struck spot kicks to give Barcelona a 4-2 penalty shootout triumph over Betis after the teams had finished level at 2-2 following extra time in their Spanish Super Cup semifinal in Saudi Arabia on Thursday.

Barca set up a dream showpiece clash on Sunday with Real Madrid, who defeated Valencia in a shootout on Wednesday.

The 30-year-old goalkeeper was Barcelona’s hero as he made a series of outstanding saves during a match before blocking the efforts of Juanmi and Carvalho in the shootout.

“It was a beautiful match, one of those the fans show up to watch,” Ter Stegen said after the match. “I’m very proud of myself. I think since last year I’ve been going through a great moment in my career and in my life.

“It was a very difficult match mainly after the break because they dominated possession and made it really though for us. They were superior in the midfield, had control of the match and we had to fight really hard to advance.”

Barcelona started well but once Pedri’s 23rd minute goal was ruled out by the VAR for an offside in the build-up, they started to lose ground to Betis.

Betis came back in the second half, pressing Barcelona up-front, and Nabil Fekir slotted in a low shot just inside the far post in the 77th minute after being set-up by Luiz Henrique.

Lewandowski thought he had put Barca back in front with a strike three minutes later but VAR again ruled-out the goal for an offside in the build-up and the match went into extra time.

Ansu Fati put Barcelona back in front, finishing off a stunning move from just inside the area, but Betis fought back again and equalized thanks to another fine effort from Luiz Henrique, whose cross was brilliantly finished by substitute Loren Moron with a heel-kick from just inside the six-yard-box.

Barcelona did not put a foot wrong in the shootout while Betis were left ruing the penalty misses by Juanmi and Carvalho.