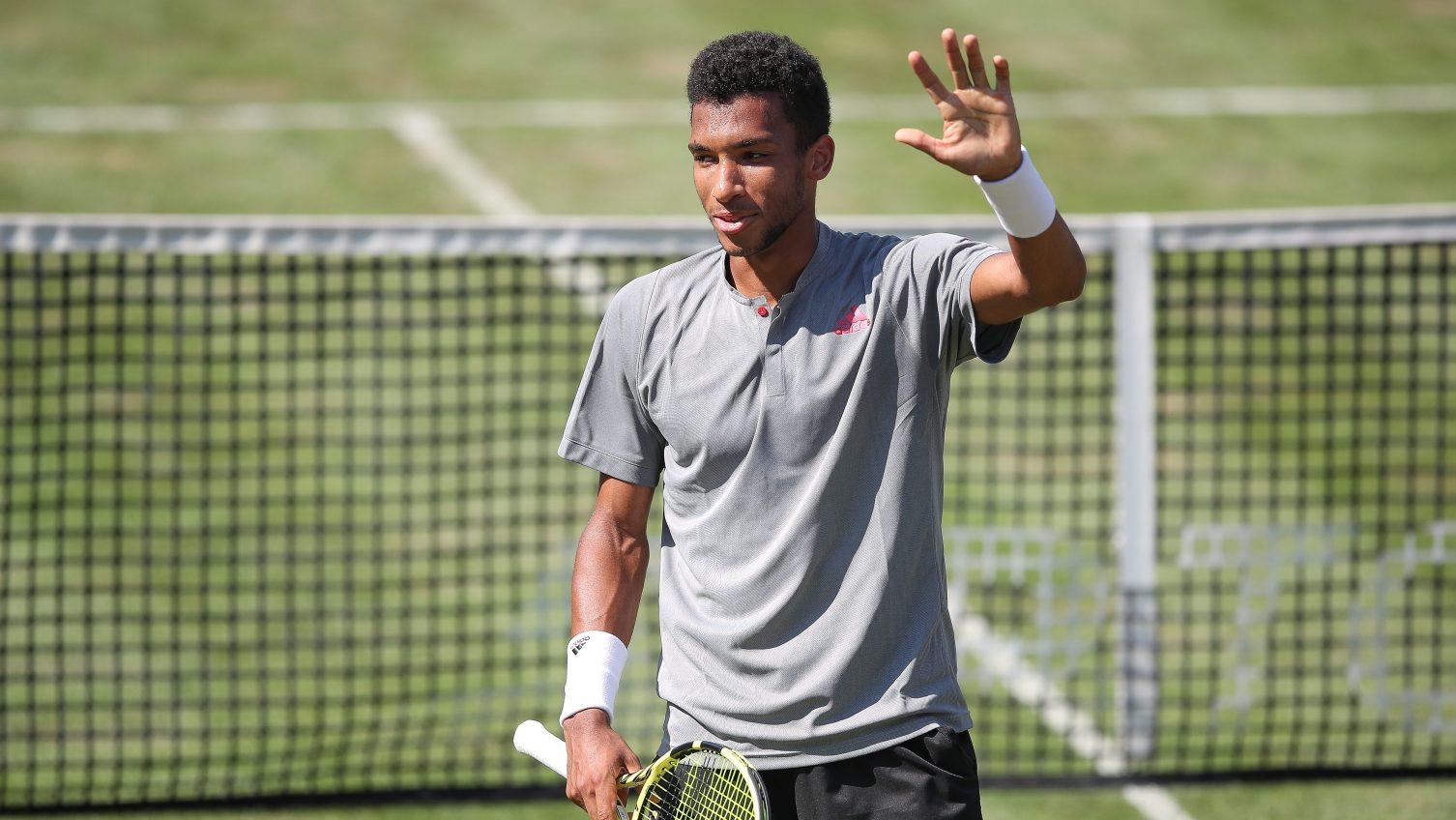 Montreal’s Felix Auger-Aliassime beat Poland’s Hubert Hurkacz 6-3, 7-5 in the first round of the Halle Open in Germany on Tuesday.

It was the second victory in as many matches for the 21st-ranked Auger-Aliassime versus the 17th-ranked Hurkacz.

Auger-Aliassime is coming off a run to the final at another grass-court event in Germany last week.

The Canadian will face Swiss star Roger Federer in the second round of the ATP Tour 500 event. It will be their first career meeting.

Daniil Medvedev’s grass-court season got off to a bad start after the top-seeded Russian lost his first-round match at the Halle Open to Jan-Lennard Struff.

Medvedev was broken three times in a 7-6 (6), 6-3 loss. He was coming off reaching the French Open quarter-finals last week. Medvedev has yet to reach a tour final on grass and hasn’t gone beyond the third round at Wimbledon.

Struff goes on to play qualifier Marcos Giron in the second round.

Kei Nishikori booked his spot in the second round after defeating Ricardas Berankis 6-3, 2-6, 6-2.

Canada’s Leylah Annie Fernandez is heading to the second round of the Viking Classic Birmingham in the U.K.

Fernandez, from Laval, Que., beat China’s Wang Yafan in the first round of the WTA Tour 250 grass-court event on Tuesday.

The 66th-ranked Fernandez won 76.1 per cent of points when she got her first serve in, well above her opponent’s rate (57.5 per cent).

It was Fernandez’s first match of the grass-court season. She lost in the second round of the French Open.

Denis Shapovalov of Richmond Hill, Ont., won his opening match at the Cinch Championships in London.

The second-seeded Shapovalov advanced to the second round with a 7-6 (6), 7-6 (6) victory over Australia’s Aleksandar Vukic that lasted one hour 38 minutes.

Shapovalov had 20 aces and never faced break point, but also had just two break point chances versus Vukic, with the Australian saving both.

Shapovalov struggled with accuracy when serving, landing just 57 per cent of his first serves. However, wen accurate he won 90 per cent of first-serve points, and was strong on second serve winning 73 per cent of those points.

The Canadian next faces Spain’s Feliciano Lopez, who beat Ukrainian qualifier Illya Marchenko 6-1, 7-6 (6). Shapovalov leads the all-time head-to-head series 1-0 after he defeated Lopez last week in the opening round of a grass-court tournament in Stuttgart, Germany.