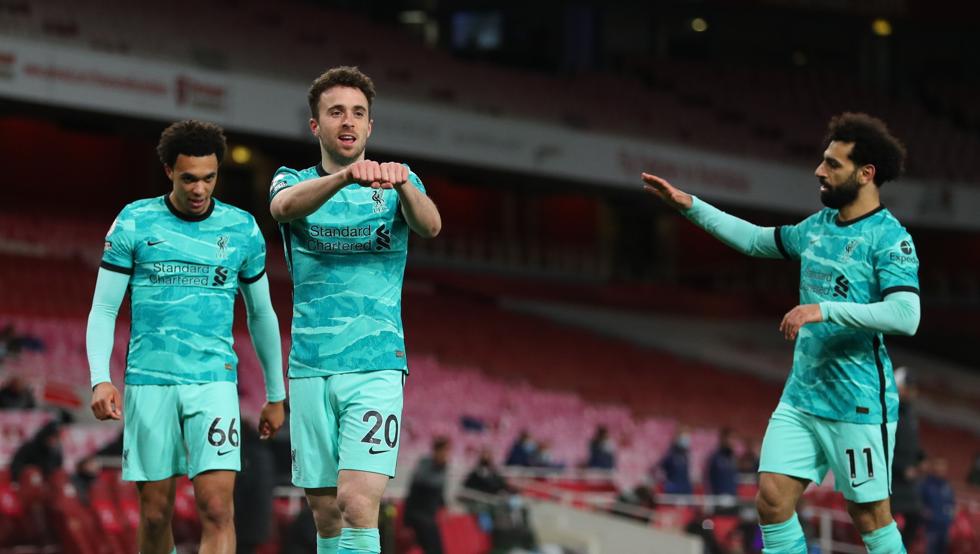 Liverpool beat Arsenal 3-0 in the Premier League on Saturday night to move within two points of the top four.

The away side settled quicker and Fabinho drilled an early shot from range just wide before Mane had a deflected header easily saved, though clear opportunities were hard to come by at either end. A fine piece of skill from Roberto Firmino saw the Brazilian move into space and send a rasping shot wide just on the half-hour mark, but the best chance of the half saw James Milner steer an effort off-target from the edge of the box.

After the break, the Gunners originally tried to up the ante with a little more tempo about their play, but a Liverpool sub on the hour mark – Diogo Jota for Andy Robertson – and a tactical switch swung the game irrevocably in their favor.

Jota powered in a header from a cross from the right just minutes after his entrance, before Mohamed Salah beat Gabriel Magalhaes and finished between Bernd Leno’s legs for a quickfire double for the Reds.

Jota then wrapped up matters with a close-range finish in the final 10 minutes.

As crazy as it sounds – given we’re now in April and they recently went close to four years without a home league defeat – Liverpool haven’t won in the Premier League at Anfield in 2021. Mid-December was the last happy home occasion, but on the road they have maintained a regular ticking-over of points.

Coming into this match it was five wins from the last six away from home, four in the league and one in Europe, with only a defeat at third-place Leicester breaking that sequence.

In truth, Arsenal never came close to emulating the Foxes; they were on the back foot from kick-off and never troubled Alisson Becker unduly, while once the Reds were ahead they only looked for more.

The home form issue is still to be addressed, but away from home the problems for Jurgen Klopp’s side have been nowhere near as apparent.