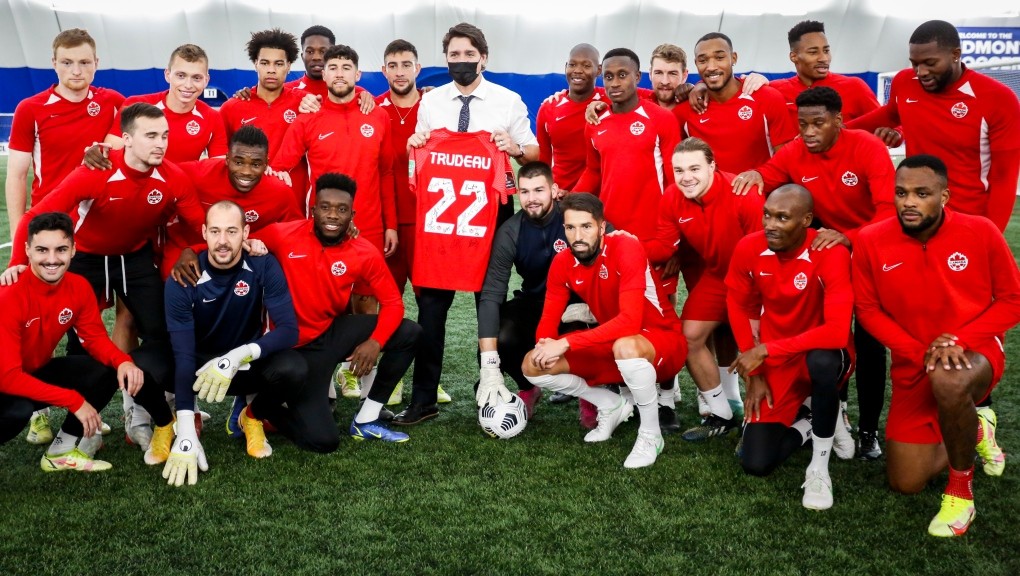 After jumping 32 places to No. 40 in the FIFA rankings over the course of 2021, Canada has earned the title of this year’s “Most Improved Side.”

The Canadian men were rewarded for gaining 130.32 points in FIFA’s ranking system over the past 12 months, fuelled by success in World Cup qualifying and reaching the semifinals of the Gold Cup.

Canada stays unchanged at No. 40, its highest-ever position, in the December rankings released Thursday. John Herdman’s team had climbed eight places in the November list.

Canada started the year at No. 72 but has steadily risen thanks to a 13-2-4 record that has seen Herdman’s team top the ongoing final round of World Cup qualifying in CONCACAF, which covers North and Central America and the Caribbean.

Canada’s lone losses were to the U.S. and Mexico at the Gold Cup. The Canadians have outscored their opposition 55-11 this year.

Canada was 94th, sandwiched between Gabon and the Faroe Islands, when Herdman took over as coach in January 2018. Back then the Canadian men ranked 10th among CONCACAF countries in the FIFA rankings, looking up at Mexico, the U.S., Costa Rica, Jamaica, Panama, Haiti, Honduras, Curacao, and Trinidad and Tobago.