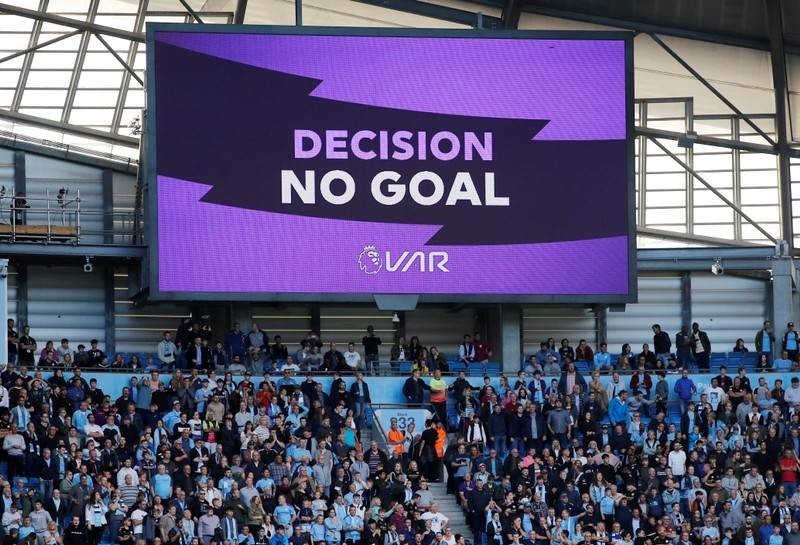 It’s been a tough season for Newcastle United fans, even though they became the richest club in the world following their Saudi Arabia-led takeover earlier this year.

The Magpies stay marooned in the relegation zone, level on points with rock-bottom Norwich City. And with 11 goals conceded, and just one scored, in their last three matches there is little Christmas cheer among the fans.

The club and their supporters aren’t only unhappy with the team, but with the referees as well. So much so that the Daily Telegraph reported on Monday that the relegation-threatened club are ready to make a formal complaint to the Premier League over the standard of officiating in their matches.

And ESPN can reveal that without the decisions of the VAR, Newcastle would be outside the drop zone looking down on their rivals.

This season we’re looking at all VAR decisions across the Premier League, and seeing how they might have affected the outcome of games.

It’s not just about the number of times a team gets a favourable VAR call or about how many goals are affected. What’s more important is when these VAR verdicts take place, how they might have changed the course of the game and, crucially, whether that impact would ultimately have altered the final score.

Newcastle might take the headlines, but it is in fact Everton who get back the most points and places without VAR decisions.

Rafael Benitez, under pressure as Everton’s poor form has seen them slump to 14th in the table, gains a huge six points, and that sends the Toffees shooting up six places into eighth — and just two points behind West Ham in fifth.

So where do Everton benefit? They pick up two points after having a late winner at Man United ruled out for offside, while Everton were two goals up at home to Watford before the Hornets got back into the game through a VAR decision — that becomes a triumph. Also, they had a VAR-cancelled penalty at home to Tottenham and that results in another win.

Then it’s Newcastle, who see their points tally jump 50% — from 10 to 15 — and that is enough to lift them out of the relegation zone, up two places into 17th.

Everton and Newcastle have both had seven negative VAR decisions — more than any other club. But the Magpies really suffer when it comes to goals, with six going to the opposition as a result of VAR and a net goal score of -4 — both the worst in the Premier League. The Magpies have also conceded the most penalties, with three decisions going against them.

So new boss Eddie Howe is going to have to hope he gets more from VAR if Newcastle are to stay up.