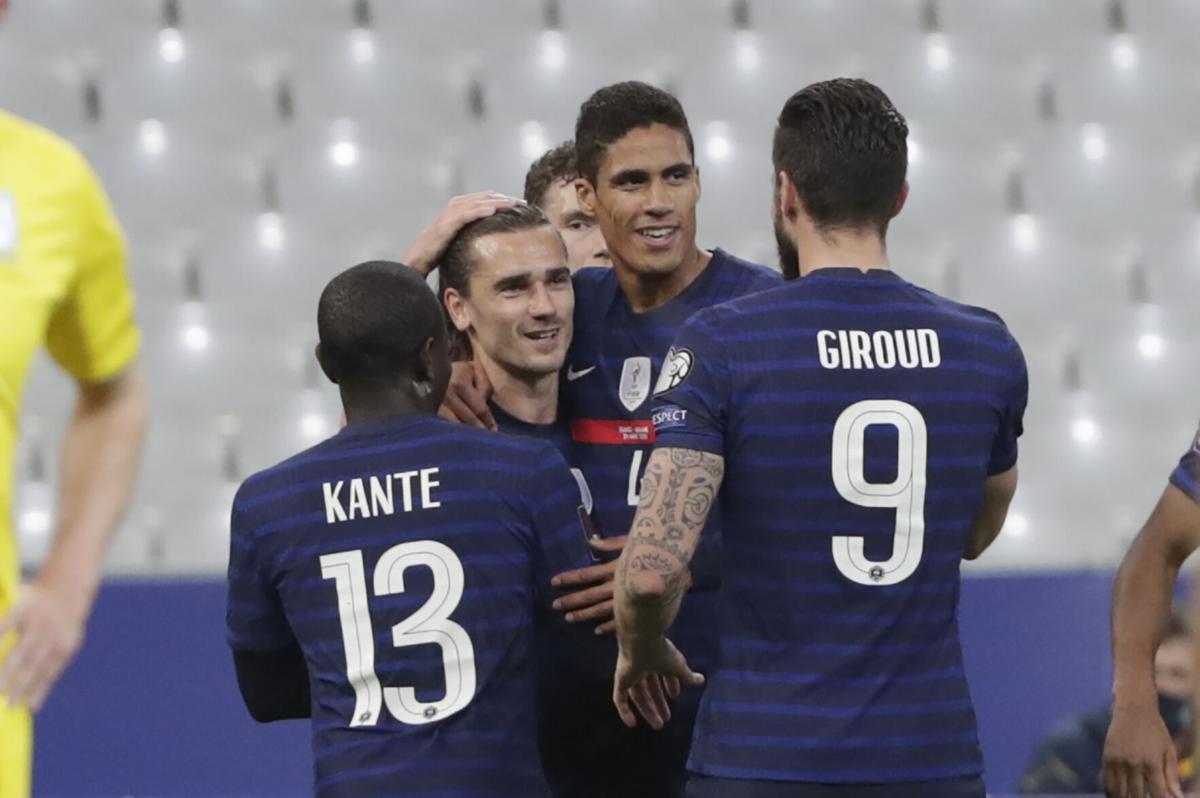 Defending champion France started its qualifying campaign for the 2022 World Cup with a tame 1-1 draw versus Ukraine, while Bosnia-Herzegovina scored late to draw 2-2 away against Finland in Wednesday’s other Group D game.

Barcelona forward Antoine Griezmann showed his return to form with the opening goal in the 19th minute. But an own goal from central defender Presnel Kimpembe gifted Ukraine an equalizer in the 57th at an empty Stade de France.

Goalkeeper Heorhiy Bushchan did well to keep out a close-range effort from Olivier Giroud early on. But he was beaten when Griezmann curled in a shot from just inside the right of the penalty area into the left corner.

Giroud has been struggling to get a game for Chelsea since Thomas Tuchel replaced Frank Lampard as coach.

He looked a bit rusty and headed over near the break with a decent opportunity.

Ukraine equalized when Sergii Sydorchuk’s shot clipped Kimpembe as he went to close the midfielder down, and the ball wrongfooted goalie Hugo Lloris before rolling slowly over the line.

Paris Saint-Germain star Kylian Mbappe, who reached 100 league goals last weekend, had a poor match for France and was replaced by Anthony Martial for the last 15 minutes.

Griezmann had a chance to give France a last-gap win, but his curled attempt was tipped away by Heorhiy Bushchan eight minutes from time.

Kimpembe had an opportunity to make up for his own goal in the last minute but headed the ball straight into Bushchan’s arms. France travels to Kazakhstan and Ukraine hosts Finland in Sunday’s games.