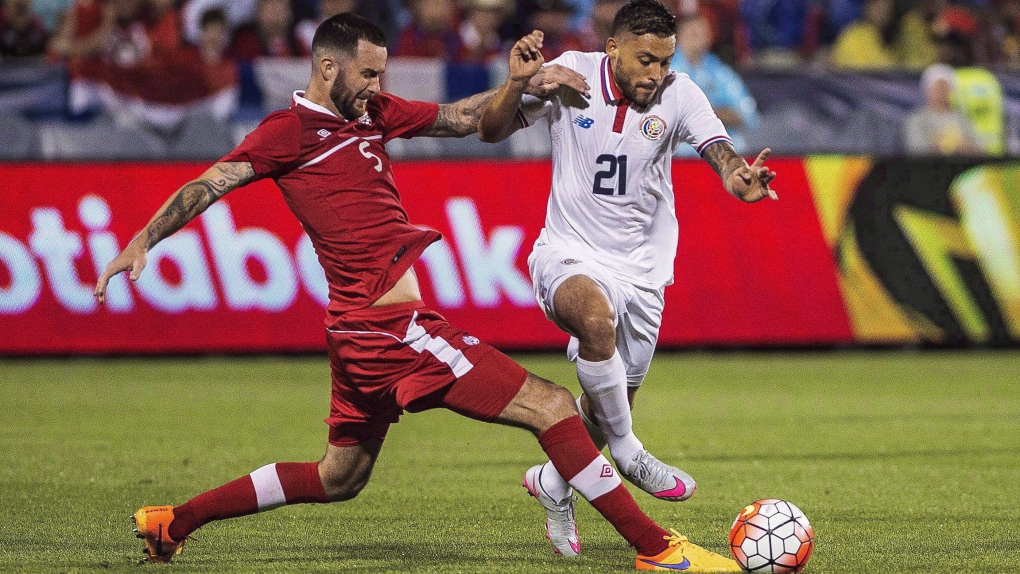 Veteran defender David Edgar, who turned heads with a highlight-reel goal for Newcastle United as a teenager and went on to captain Canada, has announced his retirement effective the end of the year.

A Forge victory Tuesday would mark Edgar’s swansong. Should the team lose, he could play in one final game — a play-in match later in December to gain entry into the 2021 CONCACAF Champions League.

The six-foot-three centre back won 42 caps for Canada, making his senior debut in February 2011 against Greece, and captained his county five times. His last appearance was in a friendly versus New Zealand in Spain in March 2018.

At the club level, Edgar left Canada at 14 to join Newcastle’s youth setup.

The seventh Canadian to feature in the Premier League, he made his debut in England’s top tier on Dec. 26, 2006, against Bolton. The 19-year-old made his mark just days later with a long-range rocket in a 2-2 tie with Manchester United on Jan. 1, 2007.

Edgar went on to make more than 100 appearances for Burnley, also playing for Birmingham City in England with loan spells at Swansea, Huddersfield Town and Sheffield United. He returned to North America in 2016 to play for the Vancouver Whitecaps, Nashville SC and Ottawa Fury.

While with the Whitecaps, he underwent surgery In January 2017 to repair the posterior cruciate and medial collateral ligaments as well as the meniscus in his right knee after being hit by a car on holiday in Scottsdale, Ariz., in December 2016.

“It’s been quite an uphill battle since my injury in 2016,” he said Monday evening from the Dominican Republic. “I wasn’t really supposed to play again and to have the career I’ve had post-injury is something I’m quite proud of.