Verstappen wins in Monaco after Leclerc fails to make the start 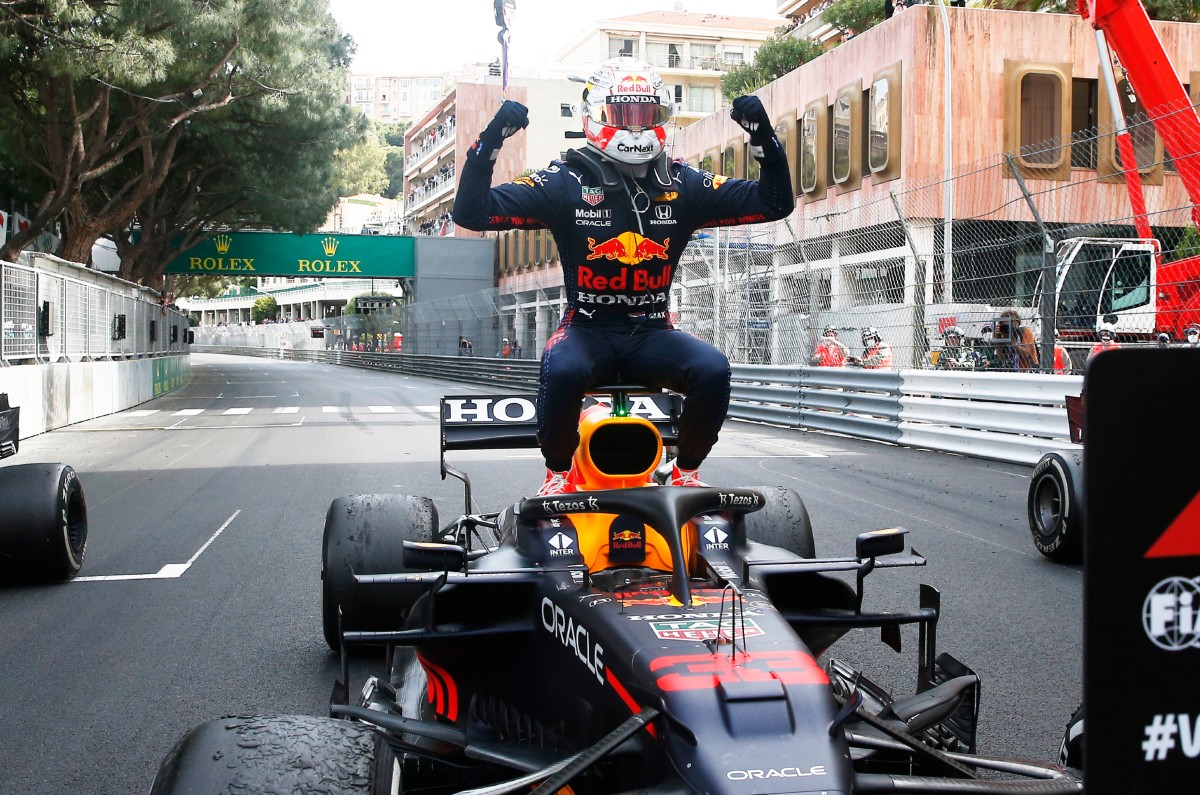 Max Verstappen went to the top of the drivers’ championship with victory at the Monaco Grand Prix after Charles Leclerc, who took pole position in qualifying, failed to make the start of the race.

Verstappen’s triumph moves him four points clear of Lewis Hamilton in the driver’s championship after the Mercedes driver endured a difficult weekend and concluded the race where he qualified in seventh place.

With Leclerc suffering a driveshaft failure on the way to the grid, which was a likely consequence of his accident at the end of qualifying on Saturday, victory never looked in doubt for Verstappen, who closed off Valtteri Bottas at the start to keep the lead into Turn 1.

Bottas was unable to take the fight to the Red Bull thereafter, but looked set for second place until a sticking wheel nut forced him to retire from the race at his pit stop on lap 30.

Bottas’ issue promoted Carlos Sainz to second place, but the Ferrari driver did not have the pace to trouble Verstappen out front, who only briefly lost the lead to teammate Sergio Perez when their pit stop strategies overlapped.

Lando Norris took third place for McLaren — his second podium of the season — after benefitting from the misfortune of Leclerc and Bottas.

Perez, who qualified ninth, closed in on Norris in the closing stages of the race, but was unable to pass, stopping his impressive march up the order at fourth place.

Sebastian Vettel secured his best result since joining Aston Martin in fifth place ahead of Pierre Gasly in seventh.

Once Leclerc’s car had been withdrawn from the race, Hamilton started in sixth position putting him in line to inherit fifth when teammate Bottas had his issue.

However, a poor pit strategy effectively saw him lose two positions midway through the race when both Vettel and Perez gained on him by running longer on their original set of tires.

Hamilton was the first driver to pit on lap 29, and although the stop went to plan, his in lap and out lap were not fast enough to move him ahead of Gasly’s AlphaTauri, which pitted one lap later and retained its position ahead of the Mercedes.

When Gasly emerged in front, Hamilton questioned Mercedes’ strategy over team radio, only to become even more irate when he found out he had not only failed to make up a position in the pits but also lost out to Vettel and Perez, who pitted on lap 31 and 35 respectively.

With overtaking near impossible in Monaco, Hamilton spent the majority of the rest of the race a few seconds adrift of Gasly before taking on a new set of soft tires at the end to secure the extra point on offer for fastest lap without losing a position.

Lance Stroll finished eighth behind Hamilton, with Esteban Ocon and Antonio Giovinazzi securing the final points in offer following a tight battle for ninth and tenth. Only one overtaking move was made on track during the race when Mick Schumacher overtook Haas teammate Nikita Mazepin at the Fairmont Hairpin on the opening lap.