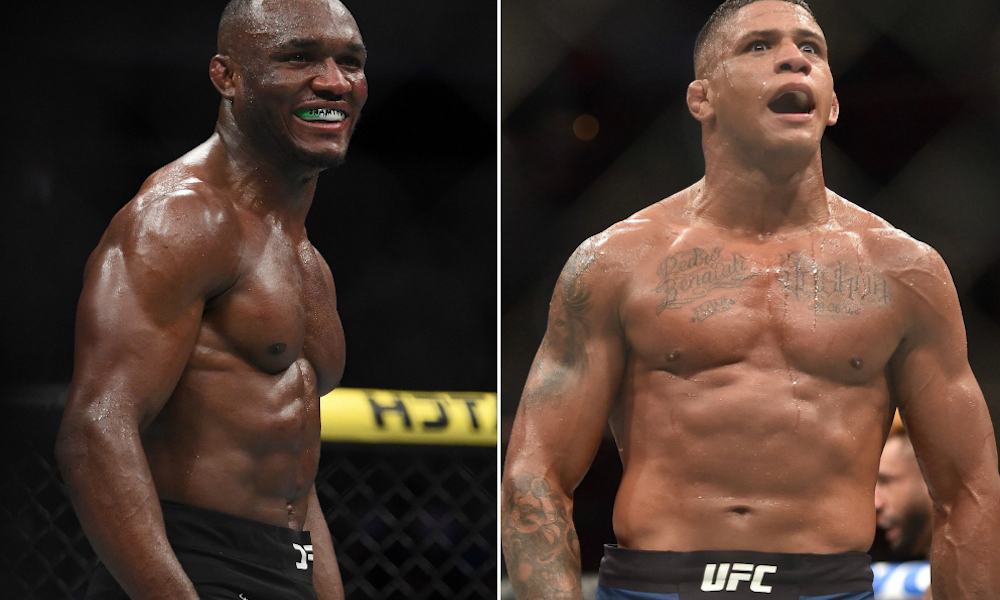 Kamaru Usman will defend his belt once again at UFC 258 versus former teammate Gilbert Burns. Both men trained together under coach Henri Hooft for the last ten years. Usman recently left his team when this fight was revealed.

Moving his camp to Denver, Colorado to train with Trevor Wittman. These guys have supposedly sparred with each other over 200 times in their careers. Meaning both men likely know each other’s strengths and weaknesses.

Usman only has one professional loss and it was his second professional fight versus Jose Caceres. He is currently 12-0 in the UFC and has already defended his title twice. Once with a TKO over Colby Covington and most recently with a decision over Jorge Masvidal.

He only has three finishes in his UFC career with the rest of his wins coming by decision.

Burns is currently on a six-fight winning streak since his last loss to Dan Hooker in 2018. He made his move to welterweight in 2019 with a decision victory over Alexy Kunchenko. Burns then started to climb his way through the welterweight rankings with victories over Gunner Nelson, Demain Maia, and Tyron Woodley.

Burns sits at 12-3 in the UFC and has fought at both lightweight and welterweight on multiple occasions. Burns has only been finished one time in his professional career and that was his knockout loss to Dan Hooker.