Toronto FC, CF Montreal get green light to play at home in front of fans 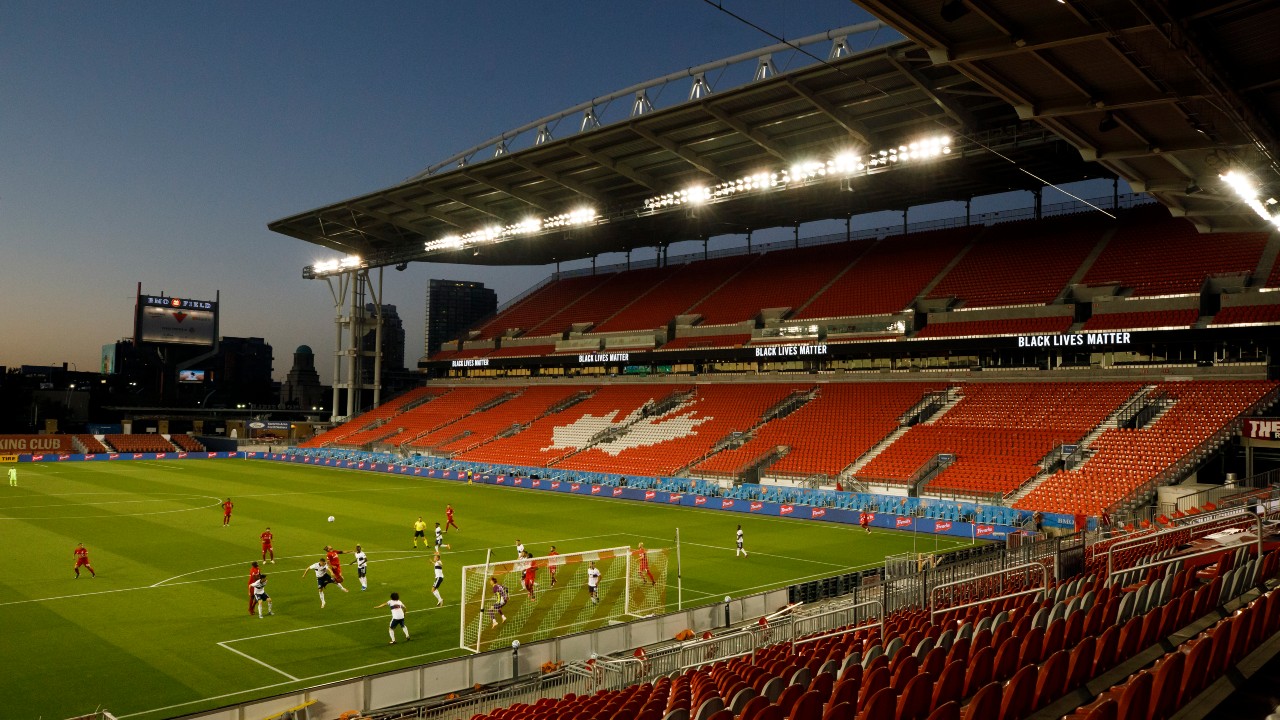 Toronto FC and CF Montreal have been given the green light to play at home this weekend, with a limited number of fans in the stands.

Wednesday’s update from Major League Soccer on Canadian home-market matches only covers the next few weeks, with two TFC and one Montreal match affected.

“During this temporary window, Vancouver Whitecaps FC will host their home matches on July 17 and July 20 at Rio Tinto Stadium [in Sandy, Utah] as conversations continue with the Canadian government regarding the three Canadian teams hosting future home matches in Canada,” MLS said in a statement.

Toronto will host Orlando City on Saturday and the New York Red Bulls next Wednesday at BMO Field while Montreal entertains FC Cincinnati on Saturday at Saputo Stadium.

“The importance of this return home for our team can’t be overstated,” TFC president Bill Manning said in a statement. “It has been a long, hard time on the road due to pandemic protocols and we have greatly missed the energy and support of our fans at BMO Field.

“Our return to Canada gave the team an incredible boost this week and we look forward to an emotional night at BMO Field with our fans on Saturday.”

The league stated the Toronto and Montreal clubs will follow local and regional guidelines regarding attendance.

A TFC spokesman said 7,000 fans will be allowed Saturday and 15,000 next week, with Saturday’s crowd made up of front-line health-care workers, first responders and season seat members. Montreal will allow 5,000 fans.

“After all this time away, we are truly happy to finally be able to play at home,” Montreal president and CEO Kevin Gilmore said in a statement. “The past few months have been very difficult for our players and staff, who had to go into exile, but they have shown tremendous resilience.

“Our supporters have also been remarkably patient throughout this period, and we can’t wait to see them at Stade Saputo on Saturday.  We hope this is one more step in the right direction towards a full return.”

Vancouver will host the L.A. Galaxy on Saturday and the Houston Dynamo next Tuesday at Rio Tinto Stadium in Utah, which is listed as the site for the club’s home matches in July. Vancouver plays its first three games in August on the road before a scheduled home match Aug. 21 versus Los Angeles FC.

Clubs and match officials travelling to Canada will be subject to public health protocols required of all individuals entering the country, the league said. Only fully vaccinated players and staff will be excluded from Canadian quarantine requirements. COVID-19 testing will take place prior to departure and upon arrival in Canada.

Alfa Romeo to stay in F1 beyond 2021 with Sauber