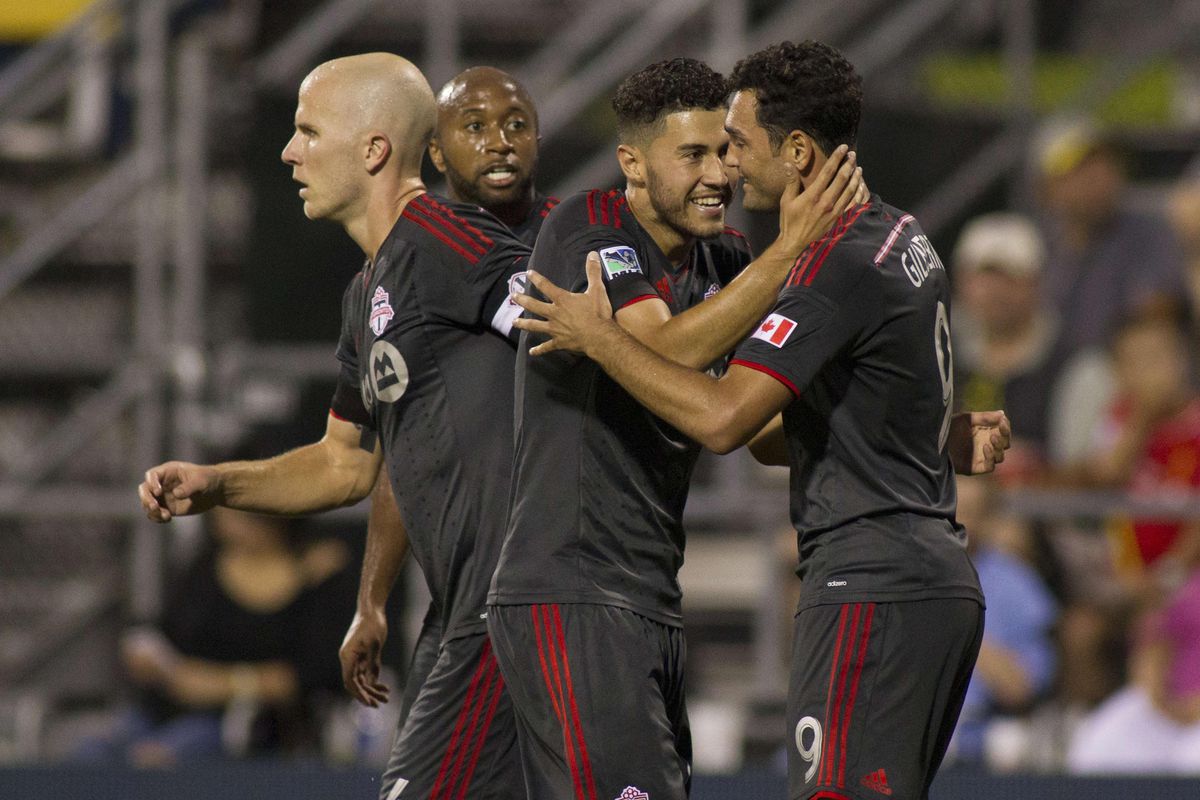 Captain Michael Bradley scored a goal and helped set up the other as Toronto defeated defending MLS champion Columbus SC 2-0 Wednesday for its first league triumph of the young season.

Bradley scored in the 13th minute and Jozy Altidore added an insurance goal in the 87th after Omar Gonzalez headed on a Bradley free kick to the burly striker, who nodded it home.

The score could easily have been more lopsided, with Toronto (1-2-1) hitting the crossbar twice. TFC also had a penalty appeal for handball turned down in the 82nd minute.

In earning his first victory at Toronto’s helm, coach Chris Armas got a vastly improved performance from his team. TFC looked far more poised and less error-prone than in its previous league outings.

It was a first loss of the season for Columbus (1-1-2), which was missing a slew of injured players. The Crew arrived unbeaten in eight consecutive matches (6-0-2) counting last season’s playoffs.

Bradley, enjoying more freedom to come forward under Armas, had a fine game with a rare goal and some deft playmaking.

Venezuelan international winger/forward Yeferson Soteldo, who saw 34 minutes off the bench in his debut on the weekend, made his first start for Toronto and looked dangerous in the first half. He was substituted in the 64th minute after a quiet start to the second half, with newly signed Jamaican international Kemar Lawrence coming on to make his TFC debut.

The five-foot-two 121-pound Soteldo, who took turns on the left and right wing as well as behind striker Ayo Akinola, delivered a probing free kick early on, and showed a good passing touch. Skillful on the ball, he promises to be a handful for MLS defenders.

Soteldo almost opened his scoring account in the 26th minute when Nick DeLeon’s shot hit the crossbar and cropped in front of the Venezuelan. Soteldo’s shot was headed towards goal until a sliding Saad Abdul-Salaam got a foot to the ball, prompting the Venezuelan to look skywards in disbelief.

Bradley scored early, on his second shot attempt after a goalmouth scramble that saw the ball hit at least 10 bodies following a Soteldo corner.

It was Bradley’s 13th career goal in MLS and his first since Sept 7, 2019. It also marked just the second goal conceded by Columbus in four MLs matches this season.

Armas made one variation from the starting 11 beaten 2-0 Saturday at the New York Red Bulls with Soteldo replacing teenager Jayden Nelson. Altidore came on in the 62nd minute and hit the crossbar in the 75th after neatly making room for the shot. Forward Dom Dwyer, formally added to the TFC roster Tuesday, did not dress.

Serena Williams out in second round of Italian Open