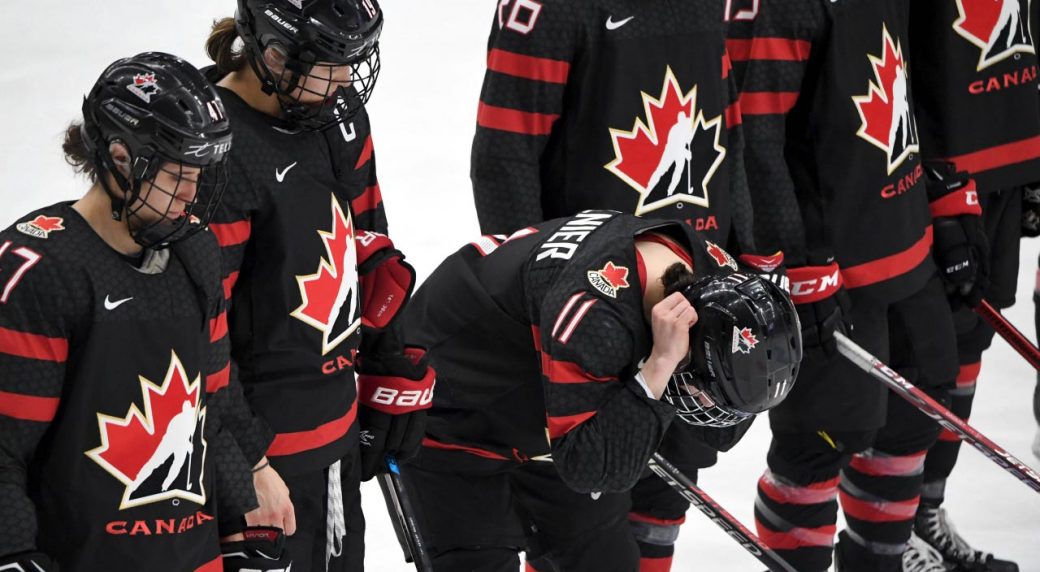 Shock and disbelief gave way to a swirl of emotions as players on the Canadian women’s hockey team packed their bags in Halifax and headed home Thursday.

In a span of two days, they’d gone from nervously anticipating the announcement of the world championship roster to standing around baggage carousels feeling demoralized.

All systems appeared go for the women’s world championship May 6-16 in Halifax and Truro, N.S., when premier Iain Rankin pulled the plug Wednesday over concerns about COVID-19.

Nine other teams would have arrived Thursday to join Canada in a 14-day quarantine before the tournament.

Nova Scotia’s chief medical officer Robert Strang had given his approval for the tournament a day earlier, which sharpened the sting for the Canadian women.

“We were pretty shocked,” said forward Brianne Jenner of Oakville, Ont. “I know Hockey Canada was shocked because the chief medical officer had OK’d it.

“This kind of came out of the blue for us. We really felt we had a safe protocol in place.”

The 2020 women’s championship in Nova Scotia was also cancelled due to the coronavirus. Canada’s women’s team has played a total of five international matches in the last two years.

The combination of the pandemic and women’s leagues in transition has kept many of them from playing in any real games in over a year.

While the International Ice Hockey Federation and Hockey Canada vow to hold the women’s championship in Canada this year, when will they play a game that isn’t an intrasquad is a question that remains to go unanswered.

“Is this going to happen and when is big on all of our minds,” Jenner said. “It’s tough to plan ahead. We still kind of have a dream of competing in a world championship this year.”

“I’m a hockey fan. I’m not happy with the decision, but we have to put public safety first,” Rankin said.

“I couldn’t conceivably ask Nova Scotians to restrict more of their lives and make an exception to have people fly into Nova Scotia from other countries.”

The 2021 men’s under-20 championship was held in Edmonton, with coronavirus protocols there supplying the template for Nova Scotia.

Fernando Alonso: No excuses, I need to be better