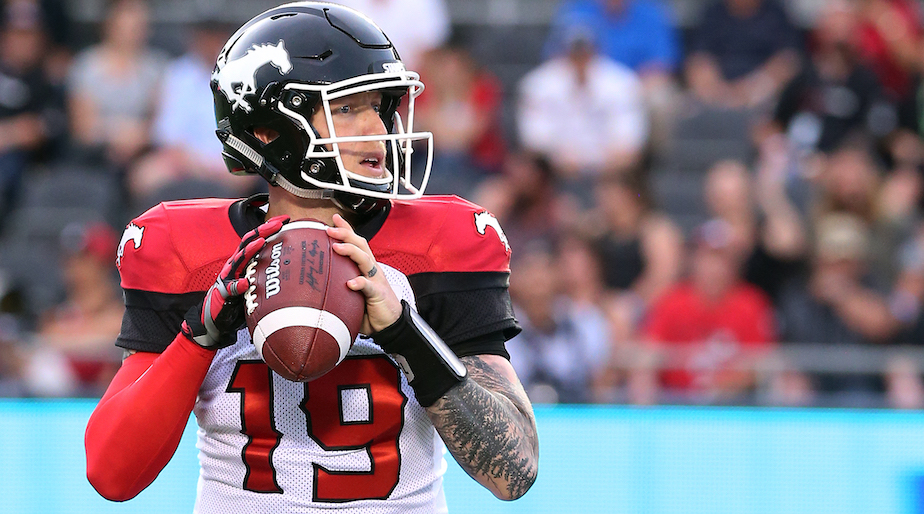 Bo Levi Mitchell says he would’ve been ready for the start of the CFL season if it opened on time.

The Calgary Stampeders’ star quarterback underwent shoulder surgery in December. He said Tuesday during a videoconference that in his mind he would’ve been Calgary’s starter if it opened the season on time last Friday night versus the visiting Montreal Alouettes.

The earliest the CFL season will begin is September, but there’s also the chance the ’20 campaign will be cancelled outright because of the COVID-19 pandemic. Mitchell, a two-time Grey Cup MVP and league MVP, said his original goal was to be ready for the start of training camp, but that plan was pushed back a month once it became apparent the season wouldn’t be beginning on time.

“We were probably pushing it a little bit getting the surgery in December and then trying to be ready basically for training camp,” Mitchell stated. “I think that would’ve been pushing it at the time but I’d say as fast as I’ve progressed right now, I think I could’ve started a month ago and I’d be even further along than I am right now.

“I feel great. Obviously I’m a little bit of an over-confident guy, I feel like I would’ve been ready but it’s all guesswork to be honest with you.”

Though the pandemic has given Mitchell plenty of extra time to recover, he wishes that wasn’t the case.

“It’s really hard to be that selfish and talk about it, with what’s been going and everything, in a positive manner,” he said. “I guess for career and arm’s sake it’s been a little bit of a help, for sure.”

The six-foot-two, 206-pound Mitchell is entering his ninth CFL season with Calgary. Prior to 2019, Mitchell had missed just one regular-season contest but spent seven matches on the IR last year as backup Nick Arbuckle — now with Ottawa — won four of seven starts as the replacement.

Mitchell said former CFL quarterback Travis Lulay helped him through his recovery. Lulay, a Grey Cup champion and the league’s outstanding player in 2011, battled shoulder injuries during his tenure with the B.C. Lions. “He said at the very beginning once you actually do pick up the football and start throwing, you’re going to have this eureka moment like, ‘Oh, I’m good, I’m good to go, I’m going to be able to throw. I’m fine,”‘ Mitchell said. “He’s like, ‘You’ve just got to avoid trying to rip the ball, trying to overdue it.

“Don’t test yourself, you have plenty of time. Just make sure you do everything the right way.”‘