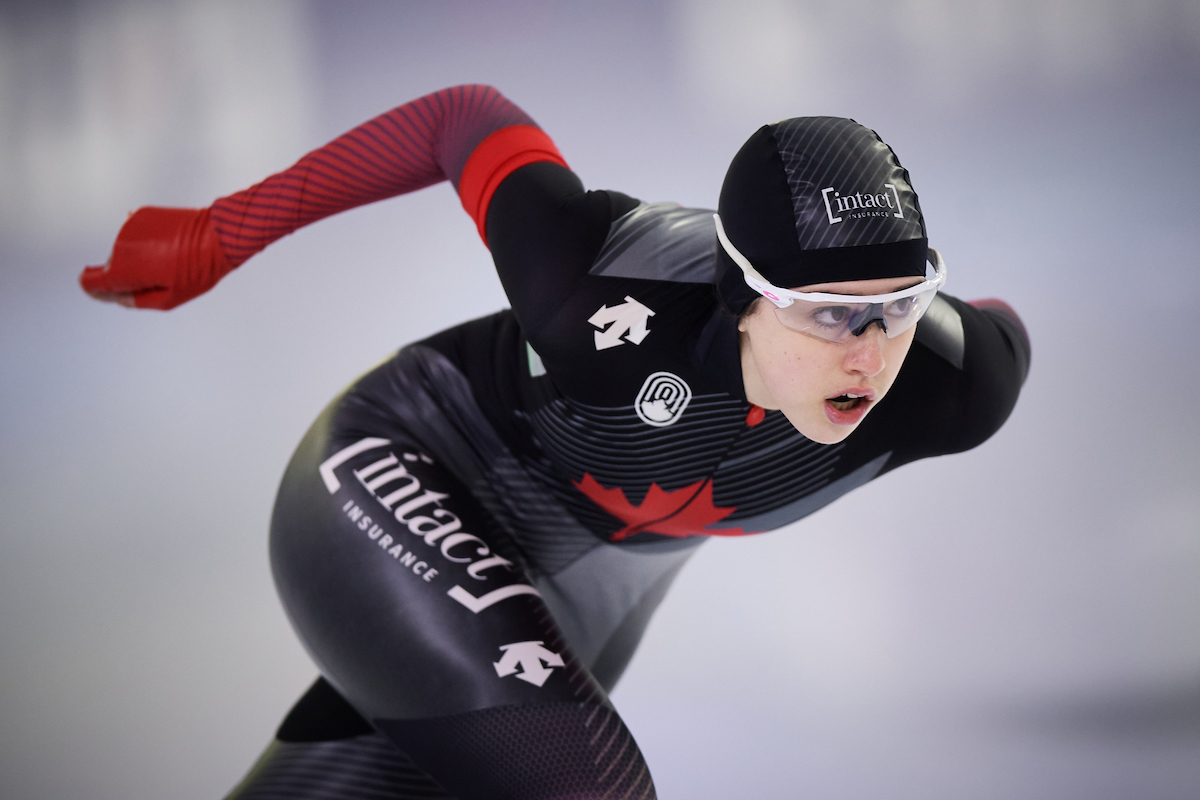 Béatrice Lamarche claimed her second speed skating medal at this week’s ISU Four Continents Championships with bronze in the women’s 1,000 metres on Sunday in her hometown of Quebec City.

“In terms of results, it was a perfect weekend with three gold in three races. Today’s race certainly was not what I had hoped for. There was a bit of an issue in the final lane change that caused me to lose some speed,” Dubreuil said.

“I’m not sure how much it affected my race, but my final time was not what I was expecting. In the end, the most important thing was to win the race and I was able to do that, regardless of the circumstances.”

Canada’s Jake Weidemann, Antoine Gélinas-Beaulieu and Max Halyk teamed up to claim silver in the men’s team pursuit later on Sunday in 3:47.511.

On Friday, the 24-year-old Lamarche earned bronze in the women’s 3,000, obliterating her previous best in 4:10.666 for her first career senior international medal.

“I’m very happy with my performances. I was not expecting a medal in Friday’s 3,000, but I won bronze and set a personal record, which kicked off my weekend really well,” Lamarche said.

“This morning in the 1,000, I was hoping for a podium. I knew I had good chances, I just needed to put together a good race. My execution was really good and I’m very satisfied with my performance.”

Sunday’s performances made it 14 podium finishes for the Canadian team, including six on Friday.

Lamarche’s father Benoit represented Canada at the 1984 and ’88 Olympics while her cousin, Antoine Gagnon-Lamarche, has also competed at the national level for Canada.

In other action Sunday, Montreal’s Christopher Fiola and David La Rue of Saint-Lambert, Que., placed fourth and fifth, respectively, in the men’s 1,000.