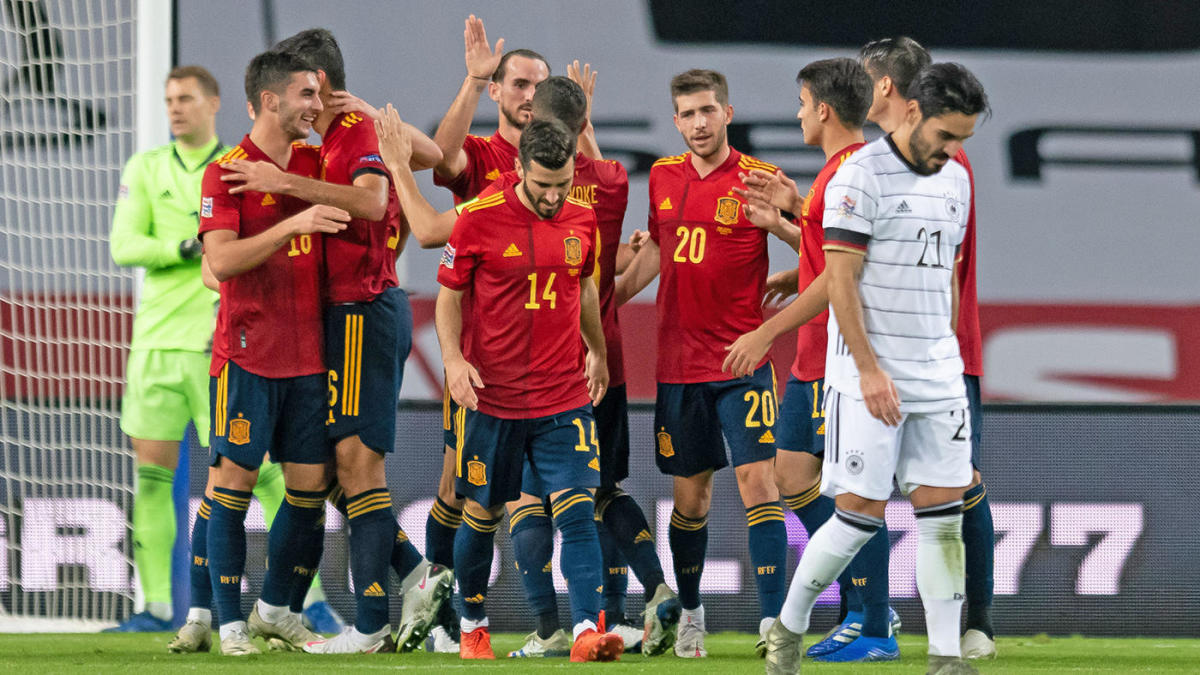 Spain handed Germany its worst beating in a competitive match on Wednesday, winning 6-0 to advance to the Final Four of UEFA’s Nations League.

Ferran Torres scored a hat trick to lead Spain to the historic triumph in the decisive match in Group 4.

Germany’s only five-goal loss in a competitive game had been West Germany’s 8-3 defeat to Hungary at the 1954 World Cup group stage. West Germany went on to beat Hungary in the final. In non-competitive matches, Germany had also lost 6-0 to Austria in a friendly in 1931.

The win ended a three-match winless streak for Spain, which hasn’t gone four games without a win since the late 1980s. ”It’s important to get back to winning with a great performance like this,” Spain coach Luis Enrique said. ”We have to enjoy this great result.”

Last year, Spain failed to advance to the Final Four after conceding late in a match versus Croatia.

The Germans would have advanced with a draw, but Spain dominated early and took control with three goals in each half. The visitors had only two total attempts, none on target.

”This is definitely one of the worst defeats of my career,” Germany and Real Madrid midfielder Toni Kroos said. ”It hurts.”

Spain got the convincing win despite playing most of the match without captain Sergio Ramos, who missed two penalty kicks in the 1-1 draw at Switzerland. Ramos had to be replaced by just before the break with an apparent muscle injury in his right leg.

”Historic night that will help us grow as a team,” Ramos said on Twitter after the match.

Spain constantly threatened up front, forcing Germany goalkeeper Manuel Neuer to make a few good saves to keep the visitors from going into a bigger hole. Spain squandered numerous counterattack chances throughout the match in an empty La Cartuja Stadium in Seville. ”To put this type of pressure on a team like Germany, you need great collective work by everyone, in attack and defense,” Luis Enrique said. ”We made them suffer and kept them from threatening.”

”We saw a great version of Spain,” said Rodri, who scored his first goal with the national team. ”We could have scored even more. It was 6-0 but it could have been more.”