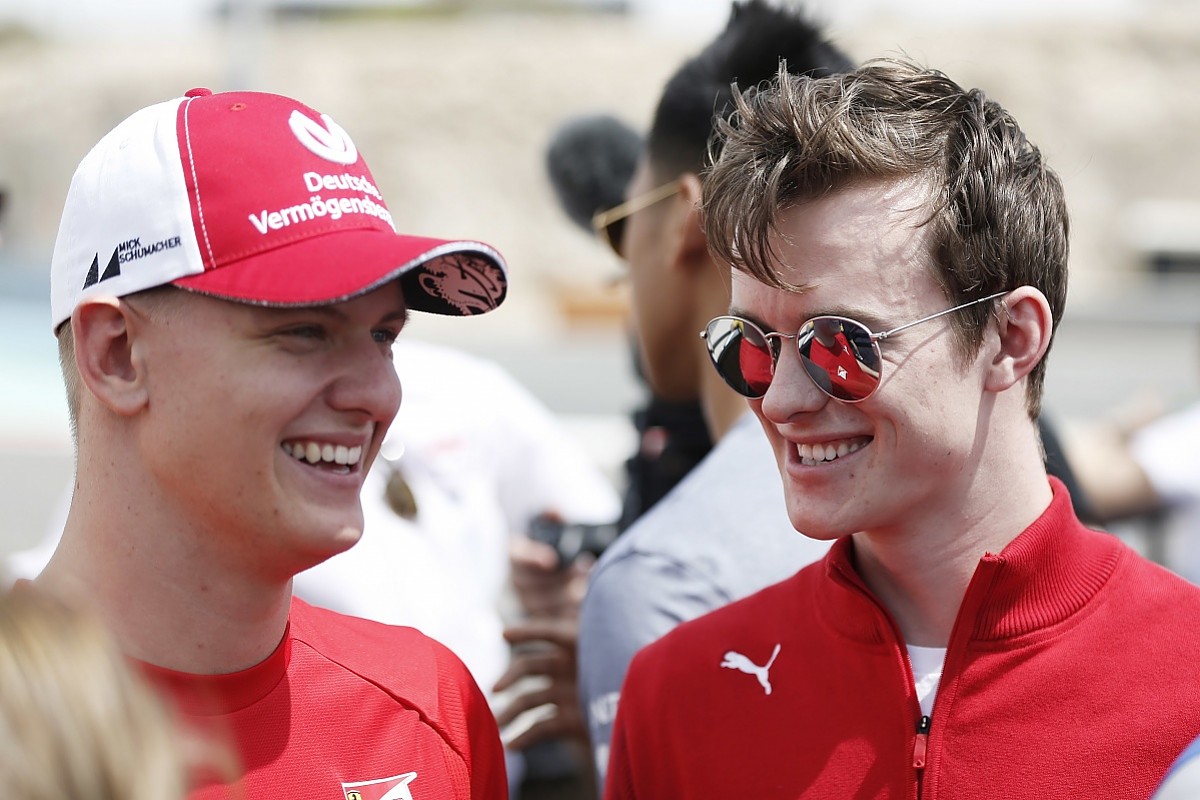 Mick Schumacher is among three Ferrari juniors who will make their official Formula 1 debuts in practice sessions this campaign, as Formula 2’s stars look to make their mark with the aim of getting on the 2021 grid.

Schumacher, son of F1 legend Michael who is leading the F2 championship, will drive the Alfa Romeo on Friday, October 9 during first practice for the Eifel GP, 2020’s next race and the German’s home event at the Nurburgring.

Mick will be joined in the session by title rival Callum Ilott, with the British driver in the similarly Ferrari-powered Haas. Robert Shwartzman, fifth in the F2 standings, will get his opportunity at the season-ending Abu Dhabi GP.

Conveniently, Alfa Romeo and Haas represent Ferrari’s F2 drivers’ best chance of getting on the grid next year, with both teams currently having two seats available.

Schumacher and Ilott both have F1 experience – driving the Ferrari and Alfa Romeo respectively in test sessions last year – while it will be Shwartzman’s first time at the wheel of an F1 car.

All three drivers will test at Ferrari’s Fiorano track on Wednesday (September 30) in the Scuderia’s 2018 car, with the team planning ‘to prepare them as well as possible to perform on track, with the ultimate aim of one day sitting in the cockpit of a Ferrari Formula 1 car’.

Schumacher has only won two F2 races this year, but has been unbelievably consistent and currently leads the championship from Ilott by 22 points, with only two rounds and four races left – all in Bahrain.

Whoever wins the championship is ineligible to compete in the feeder series the following season, making a step up to F1 for the victor all the more likely.