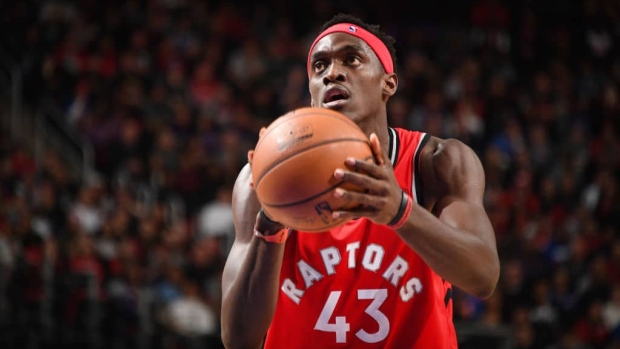 Toronto Raptors star Pascal Siakam returned to practice in a limited capacity on Friday, along with Norman Powell and Marc Gasol.

Raptors head coach Nick Nurse said Siakam, who has been out since Dec. 18 with a groin injury, is unlikely to play Sunday but could return soon after.

Powell who has been dealing with a shoulder injury, is expect to make his return Sunday against the San Antonio Spurs, while Gasol is on a closer timeline to Siakam.

“I’m just glad they’re coming back,” Nurse said of the three. “They wanna play. They wanna be on the court.

The sooner we can get ’em back and start working them back in, the better off we’re gonna be. The best version of our team, we know what that is and that’s with healthy guys, all of them.”

While Siakam has been sidelined, the Raptors have posted a record of 6-5 and currently sit fourth place in the Eastern Conference standings with a record of 25-13 overall.

The Raptors signed the forward to a four-year extension reportedly worth $130 million ahead of the start of the season.

Fred VanVleet and rookie big man Dewan Hernandez did not take part in Friday’s practice due to injuries.

For an offence that’s been looking out of sorts when Kyle Lowry goes to the bench, the return of Siakam — and the likely return of Norman Powell in the near future — is going to be massive for a Raptors team that’s still in the hunt for the Eastern Conference second seed.

Luis Suarez out for four months after knee surgery