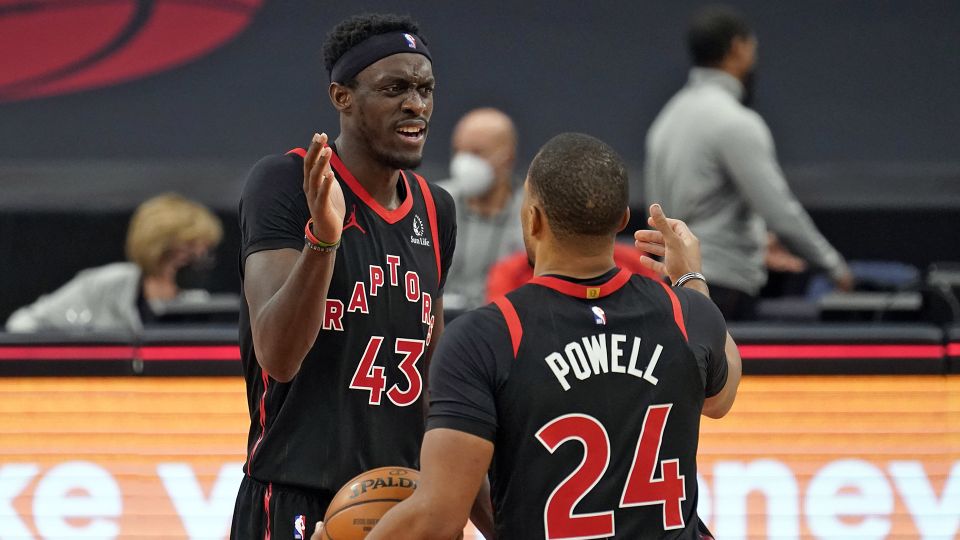 After dodging COVID-19 for almost half of the NBA campaign, the Toronto Raptors have been dealt a big blow.

The NBA called off Toronto’s game versus the visiting Chicago Bulls on Sunday night due to COVID-19 health and safety protocols.

The league said the Raptors are dealing with positive test results, and combined with contact tracing issues, won’t have the league-required eight players available Sunday.

The Raptors-Bulls game is the 30th to be postponed so far this season because of COVID-19 testing or contact tracing but the first time Toronto has had to reschedule.

It was the first postponement this season for Toronto, which is playing its home games in Tampa, Fla., because of Canada’s border regulations around COVID-19, and health and safety measures in Toronto. Chicago has now had four of its games pushed back, all because its opponent for each of those contests was going through a virus-related problem.

The only teams that have not had a game postponed by virus issues so far this season are Brooklyn, Los Angeles Clippers and Los Angeles Lakers.

Toronto used 12 players on Friday and had 14 listed as available to play. For Sunday’s match, Siakam was the only player who had been listed on Saturday’s injury report as out because of health and safety protocols, which indicates results returned Saturday either showed more problems, or the contact tracing investigations showed players had been exposed to someone who tested positive for COVID-19 and may have to quarantine.

The names of players or staff members affected were not revealed.