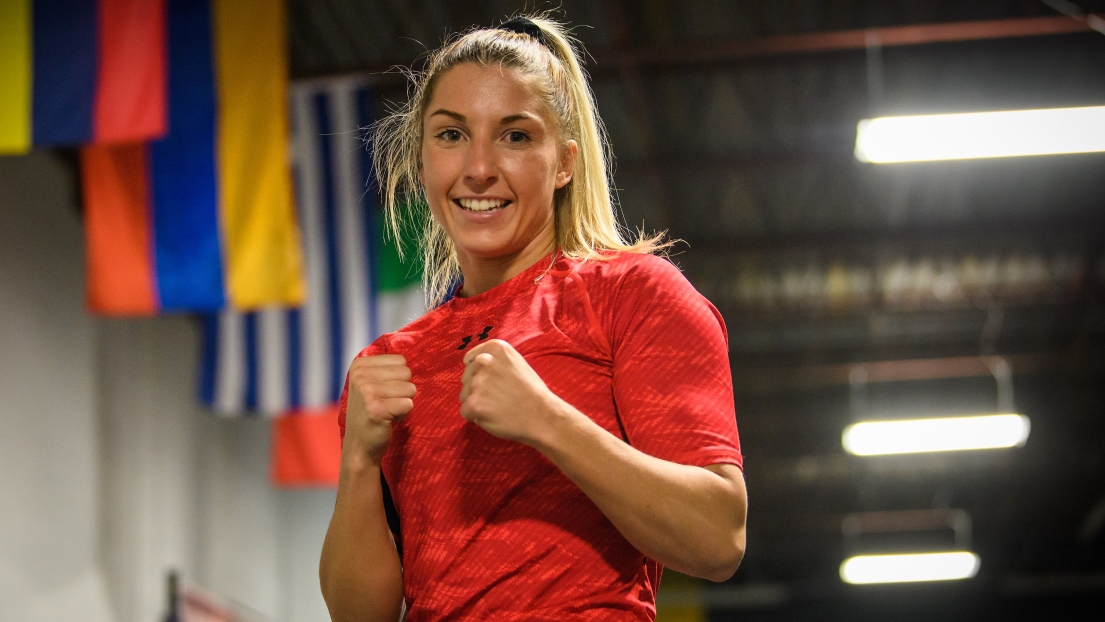 Quebec’s Kim Clavel, the North American Boxing Federation light-flyweight champion who returned to nursing when the global pandemic interrupted her fighting career, has been named winner of the Pat Tillman Award for Service.

The award, which commemorates the former NFL player and U.S. Army Ranger, is to be presented at the 2020 ESPY Awards show on June 21. Established in 2014, the award honors an individual “with a strong connection to sports who has served others in a way that echoes Tillman’s legacy.”

“Choosing to return to the front lines of health care amid an unprecedented global pandemic, Kim personifies the spirit of service, duty and selflessness that Pat embodied,” Marie Tillman, Tillman’s widow who serves board chair and co-founder of the Pat Tillman Foundation, said in a statement.

The 29-year-old Clavel, who made her pro boxing debut in December 2017, took a year-long leave from the Lanaudière regional hospital center in her hometown of Joliette last August to concentrate on fighting after six years on the job.

Clavel was arranged to face former WBC and IFC champion Esmeralda Moreno in a non-title fight in the main event of a Montreal show March 21. It was supposed to be Clavel’s first main event with her new promoter, Yvon Michel.

“It was really an important fight,” said Clavel, who brought in sparring partners from Mexico to prepare. “I had a big, big training camp. I spent a lot of money on it.”

But the card was cancelled a week in advance, and Clavel swapped her boxing gloves for nursing scrubs.

“A different fight,” said Clavel, who started work the same day she was supposed to enter the ring.

The boxer said the fight cancellation originally saddened her. But she saw things differently after a couple of days.

Since then, Clavel has worked as a nurse at several long-term care centers in Montreal — often pulling night shifts. It has not always been easy work.

“They don’t understand the situation,” she said of some of her patients. Clavel, ranked number 3 by the WBC and IBF and number 7 by the WBA, says she plans to resume fighting when conditions allow.