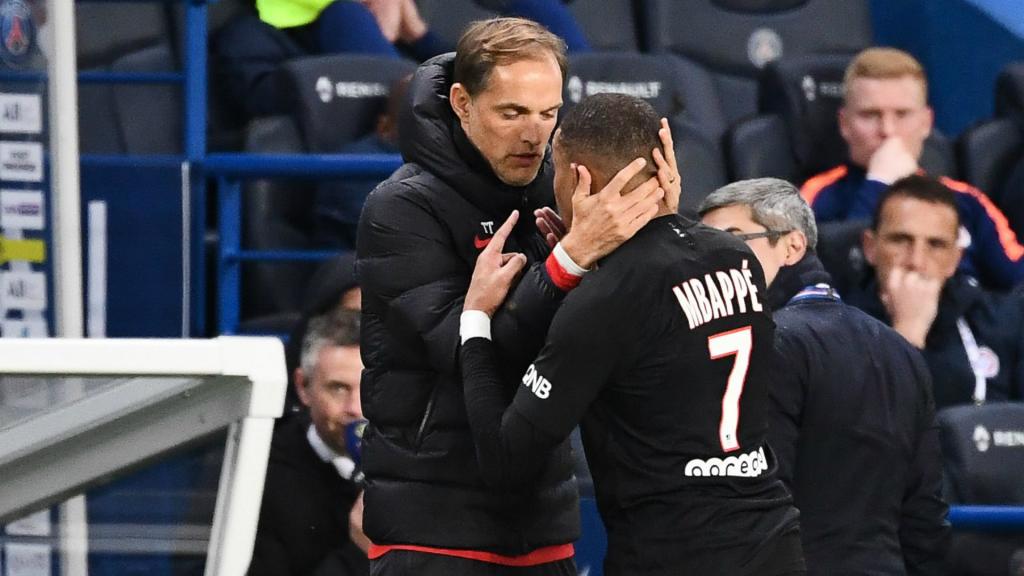 Kylian Mbappe seemed enraged at being substituted on Saturday but Thomas Tuchel does not think the attacker will use it as a motive to leave Paris Saint-Germain.

Tuchel replaced Mbappe with Mauro Icardi in the 68th minute of PSG’s 5-0 victory over Montpellier and was involved in a heated discussion with the World Cup-winning France star.

The 21-year-old has long been linked with a move to Real Madrid and Zinedine Zidane has made no effort to hide his admiration for the former Monaco striker.

However, Tuchel does not expect their confrontation to be the beginning of the end of Mbappe’s time in Paris.

“I can’t think that Mbappe might use this situation as a reason to leave the club,” he stated ahead of Tuesday’s trip to Nantes in Ligue 1. “He is one of our players, he has a contract. I took that decision and this is the coach’s job.

“It’s not personal between us. It’s just a thing between a player who doesn’t want to be substituted and a coach who has reasons to do so, because he has players on the bench who need and deserve to play.

“The problem is there are cameras, fans, journalists, and a lot of people want to talk about it. This is why I was sad. There were a lot of positive things to talk about on the pitch.

“I talked with Leo (sporting director Leonardo), as we usually do, at 11, after the game. But it will be between us and the staff, it stays in the locker room.”

Tuchel made a defiant response when asked if he made the decision because it is easier for him to take off Mbappe rather than Neymar.

“If I wanted to be a politician I would work in politics. I am a coach. I can only think about sports,” said Tuchel.

“I made the decision to leave Mauro Icardi and Edinson Cavani on the bench, starting with Pablo Sarabia, they didn’t like that obviously. But that’s a sporting choice.