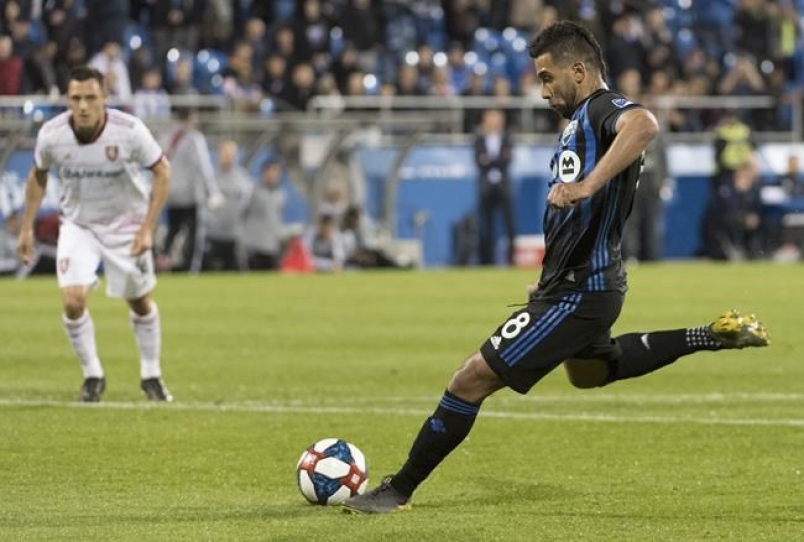 The Montreal Impact returned to their training centre Monday for their first individual outdoor practice sessions during the COVID-19 pandemic.

The Impact players had been training on their own since Major League Soccer suspended play March 12.

Local authorities initially turned down the MLS team’s request to get going with the voluntary individual sessions. But the Impact got the green light to begin Monday. “It feels amazing,” said captain Jukka Raitala, who is coming off a broken bone in his right leg suffered in a CONCACAF Champions League match in late February.

“The circumstances are different, way different, but we need to adapt. It’s a very nice step to be back on the field and start working on fitness and working with the ball. I couldn’t be more happy.”

Raitala said while he needs to work on his fitness, he has a “big hunger” to get back into top shape.

Spanish attacking midfielder Bojan also welcomed the chance to get back to training.

“Happy to be here,” said Bojan, who like Raitala wore a mask in his post-training interview.

“Everyone, we all want to be back playing, enjoying our sport,” he added. “But we know that the situation is not nice so we need to be patient.”

Impact midfielder Steeven Saba broke his left foot last week on what the club called “a routine jog” near his home in Montreal. he will be sidelined eight to 12 weeks. Toronto FC and the Vancouver Whitecaps have already started their individual training sessions.

Both natural grass fields at Centre Nutrilait are being used, which allows eight players to train at the same time in separate quadrants as per the league protocol.

Back in Serbia Djokovic ready for new Adria Tour