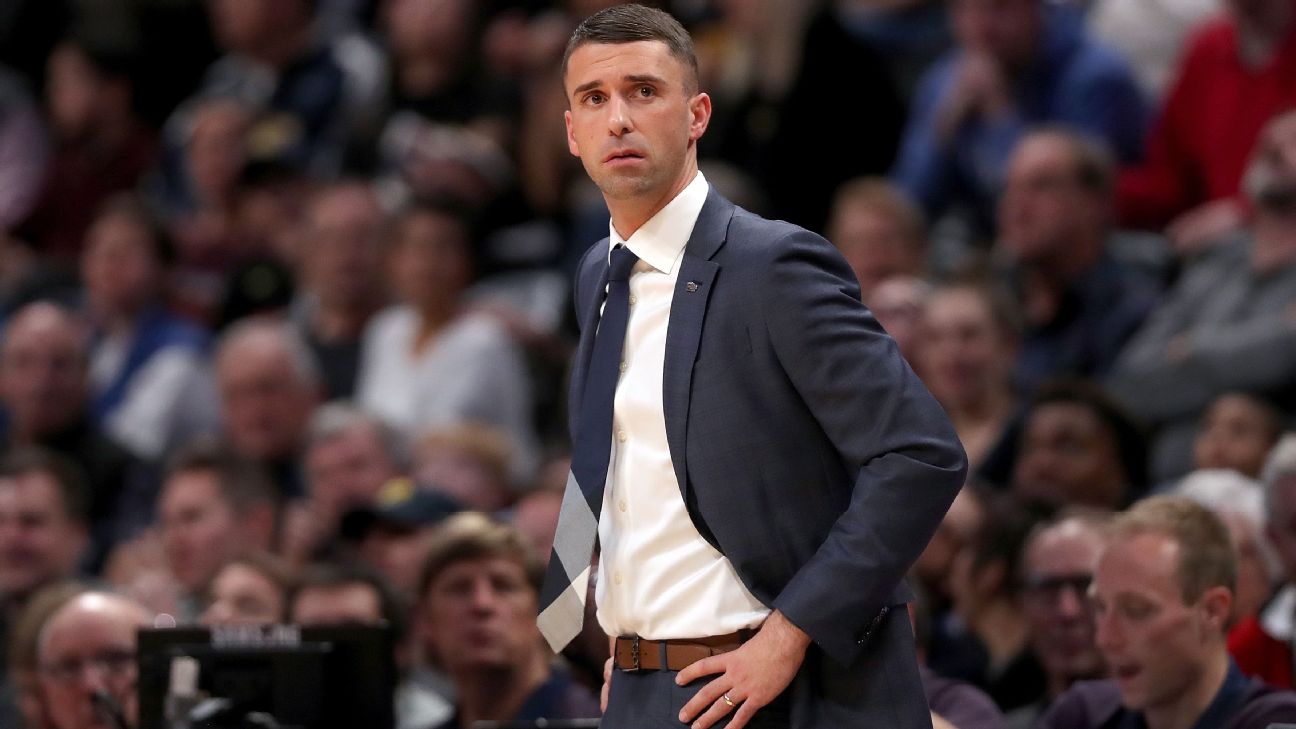 Timberwolves president of basketball operations Gersson Rosas fired Ryan Saunders on Sunday, clearing the way for Minnesota to eschew an interim coach and move quickly toward hiring a full-time replacement.

Rosas informed Saunders of the decision after a 103-99 loss at the New York Knicks that left the Timberwolves at 7-24, the worst record in the NBA.

Rosas kept Saunders as his head coach after getting hired in May 2019, a process that included interviewing Finch for the job. Rosas and Finch have history going back to their days together in the Houston Rockets organization.

“Chris brings a wealth of basketball experience from his time in the NBA, G League and Internationally. He is one of the most creative basketball minds in the NBA, has success maximizing players, and I am excited to see him bring our team to the next level and beyond,” Rosas said in a statement announcing Finch’s hiring.

Finch has been an assistant coach with the Rockets, the Denver Nuggets, the New Orleans Pelicans and the Raptors, and he won a G League title with the Rio Grande Valley Vipers in 2010.

“I would like to thank [owner] Glen Taylor and Gersson Rosas for this incredible opportunity to be the head coach of the Minnesota Timberwolves,” Finch said in the statement. “I look forward to working hand and hand with Gersson to build and lead a team that Timberwolves fans will be proud of. We have excellent pieces in place and I can’t wait to get to work.”

No assistant coach has moved up to a head-coaching job with a new team during the season since the Memphis Grizzlies appointed Lionel Hollins from the Milwaukee Bucks in 2009.

Rosas didn’t want to spend the season with an interim coach, sources said, instead wishing to maximize the development of a veteran core around All-Star center Karl-Anthony Towns, Malik Beasley, No. 1 overall pick Anthony Edwards and D’Angelo Russell, who is out after knee surgery.

Saunders was 43-94 as coach of the Timberwolves in his two-plus seasons. He was only able to coach his two All-Star players, Towns and Russell, in a total of five matches since the franchise traded for Russell in February 2019.

Minnesota has been hit hard with injuries and COVID-19 issues this season. Russell played 20 games before recently undergoing left knee surgery that will sideline him for the next four to six weeks. Towns has played only 11 games this season between a wrist injury and contracting COVID-19.