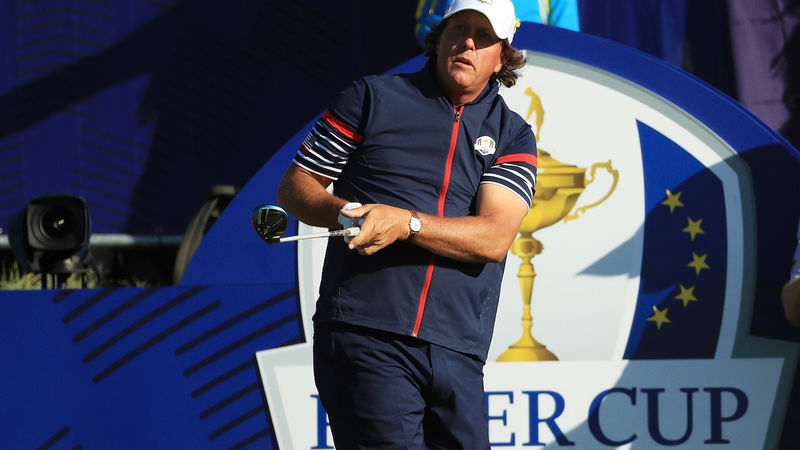 For the first time in 25 years, Phil Mickelson was stuck watching the Presidents Cup from home in December.

The longtime PGA Tour pro has been a staple for the U.S. Team in international competitions since he made his first team in 1994, and hadn’t missed either a Presidents Cup or a Ryder Cup event since.

Though snapping that streak hurt, Mickelson has his goal set for the season.

He wants to not just make the 2020 Ryder Cup team, but earn his spot. Mickelson had a good start to the season last year, though that success was brief.

He won the AT&T Pebble Beach Pro-Am in February, marking his 44th career victory on the Tour, less than a month after a runner-up finish at the Desert Classic. From that point on, though, Mickelson missed the cut seven times and only finished inside the top 35 once. He missed the cut at The Open Championship and failed to finish better than T52 at both the U.S. Open and the PGA Championship, too.

Mickelson is set to make his 2020 debut this week at The American Express in La Quinta, California — previously known as the Desert Classic, where Mickelson nearly won last year.

While his schedule for the season isn’t solidified yet, as he’s not eligible for several key events yet, Mickelson is more than ready to prove himself. Mickelson will turn 50 this summer, and will then be eligible to play on the Champions Tour instead.

While that Tour is far less demanding physically as the PGA Tour, Mickelson isn’t ready to make the jump just yet.