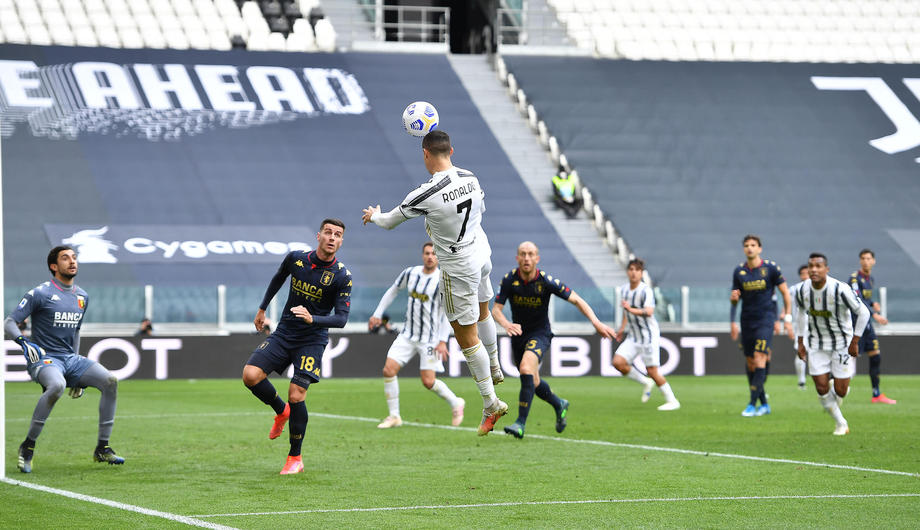 Juventus eased to a 3-1 triumph over Genoa on Sunday to keep alive their faint hopes of winning a 10th consecutive Serie A title.

The champions raced into a comfortable lead inside 22 minutes thanks to goals from Dejan Kulusevski and Alvaro Morata, the striker converting after Cristiano Ronaldo had hit the post.

Juventus have not been convincing recently, however, and let the visitors back into the match four minutes after the break with Gianluca Scamacca finding the net.

Genoa had possibilities to level but Weston McKennie stepped off the bench to make sure of the victory 20 minutes from time as third-placed Juventus moved on to 62 points after 30 matches, one behind AC Milan and 12 adrift of leaders Inter Milan.

Napoli climbed to fourth in the standings thanks to a 2-0 victory at Sampdoria while Sergej Milinkovic-Savic’s stoppage-time goal earned sixth-placed Lazio a 1-0 victory at Hellas Verona.

With Inter winning earlier on Sunday, and Milan beating Parma on Saturday, it was important Juve kept pace at the top of the table, with only domestic honors to fight for.

They appeared on course for an easy victory after Kulusevski scored his first goal since the end of January before Morata added a second to put Juve in control.

Scamacca could have leveled before the break but was not to be denied early in the second period and Marko Pjaca wasted a glorious opportunity to restore parity moments later.

But McKennie, making his return to the side after being fined by the club for breaking COVID-19 protocols, raced clear to seal the win.

Juve’s nine-year reign looks set to end as they are 12 points adrift of Inter, but despite the pressures Andrea Pirlo’s side kept their push for Champions League football on track versus Genoa.

“My idea of football is to dominate the game, but this season we haven’t always managed to put it into action,” said Pirlo.

“Every day you feel under scrutiny, me in particular because I’m in my first coaching experience. “So far I give myself an estimate of six out of 10 because I could do more.”