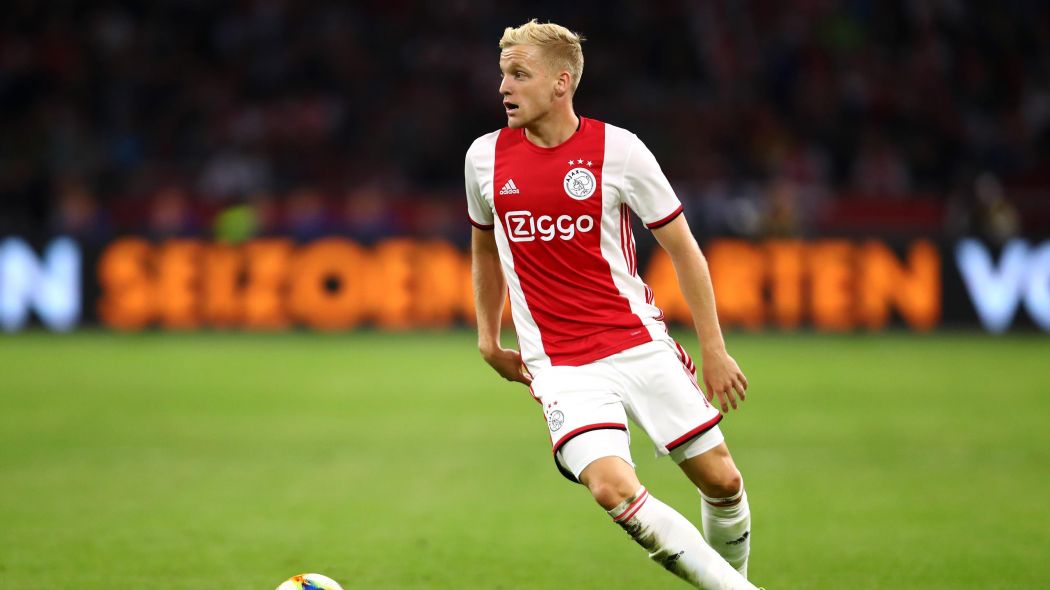 Manchester United’s need for new blood in the January transfer window was laid bare by their Carabao Cup beat to Manchester City on Tuesday night.

The Red Devils were too easily dismissed by Pep Guardiola’s men in the first half of their 3-1 loss – conceding three times and being dominated – before rallying in the second half.

United boss Ole Gunnar Solskjaer is keen to reinforce his squad this month, but has stated that he will only look to bring in players better than what he currently has on offer. The opening 45 minutes versus City suggested that, in some areas, that shouldn’t be too difficult.

The most notable issue right now is at the heart of midfield, particularly with Paul Pogba and Scott McTominay both out injured.

Pogba underwent surgery earlier this week and faces a month out, while Scotland international McTominay is presently on crutches and is unlikely to be seen until late February.

As such, United are considering a move for Dutch international Donny van de Beek.

The 22 year-old remained at Ajax last summer after their Dutch title success and Champions League semi-final run, despite interest from a number of clubs.

Now United are weighing up a £50million January switch for Van de Beek, who has eight goals and eight assists in 26 matches so far this term.

“Maybe someday in my career it will happen that I switch clubs during the winter break, but now I don’t like it.” However, with Ajax having failed to qualify for the Champions League last 16, United could now be set to test both the Dutch club and van de Beek’s resolve.

Ajax chiefs are very aware of their place in football’s current order, particularly financially. If the money is there, then it is sure to pique their interest.