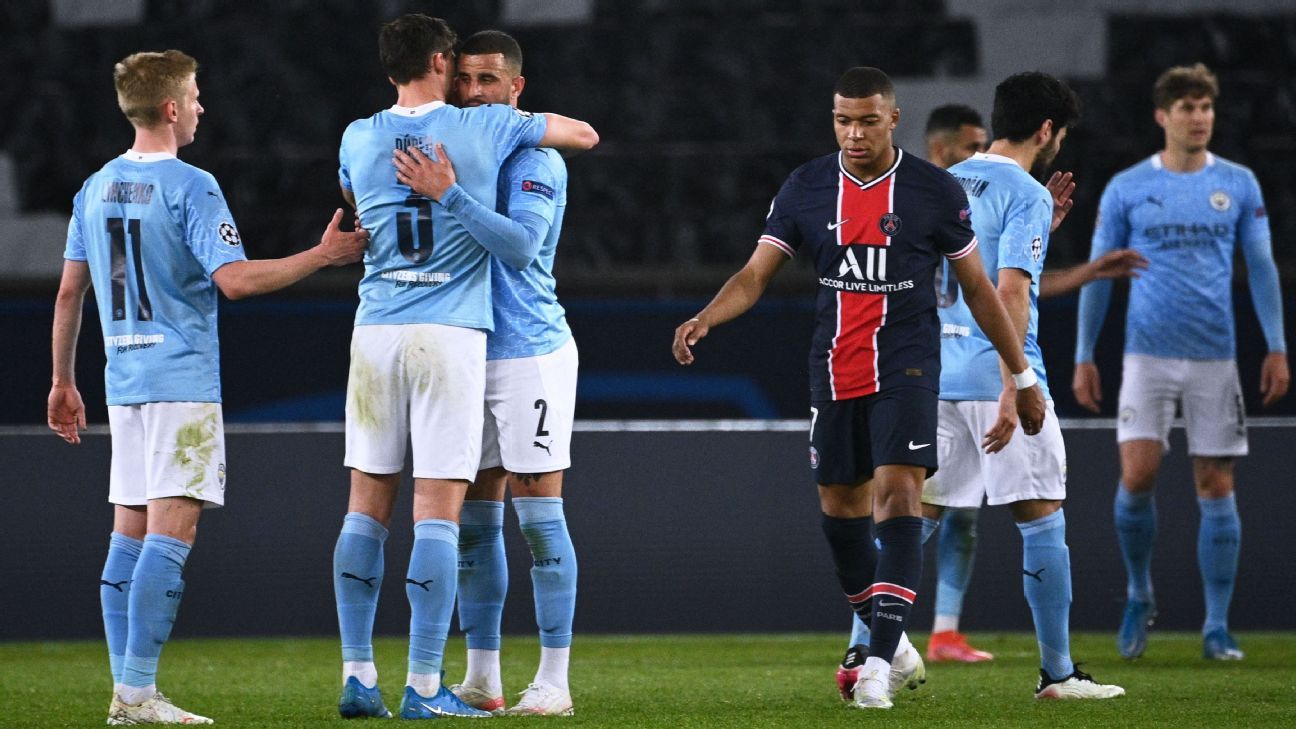 Manchester City boss Pep Guardiola has stated he won’t speak “one word” to his players regarding Paris Saint-Germain as they look to book their place in the Champions League final.

City have a 2-1 lead over the French side heading into the second leg at the Etihad Stadium on Tuesday and speaking at a news conference on Monday, Guardiola said there would be no detailed team talks on how to stop Kylian Mbappe before kick-off.

“Just focus on what we have to do, I didn’t speak one word about them,” Guardiola added. “They can change shape, their manager [Mauricio Pochettino] is so clever.”

PSG star Mbappe has not been able to train with his teammates ahead of the game, but did make the trip from Paris to Manchester on Monday. The France striker missed the 2-1 win over Lens in the French league on Saturday because of a calf injury.

“There is still one day and we will see today,” Pochettino said on Monday. “We still didn’t decide if he is going to be available or not for tomorrow.”

Guardiola, who correctly predicted defender Marquinhos would feature in the first leg despite doubts over his involvement, expects Mbappe to play at the Etihad.

“He’s going to play,” Guardiola said. “And I’m looking forward to him playing. For the football, for the game itself, I hope he can play.

“It’s the first time most of us are here [in a Champions League semifinal]. I know what we’re playing for. In these games you don’t need much emotions. Be calm and know what you have to do. I don’t have to tell anyone, the players, backroom, staff, cooks, everyone knows how important it is.”

City would have kicked off versus PSG as Premier League champions had Liverpool defeated Manchester United on Sunday.

The game was postponed because of fan protests at Old Trafford meaning City will have to wait until Chelsea’s visit to the Etihad on Saturday, by which time they will know whether they will contest the Champions League final versus either Thomas Tuchel’s side or Real Madrid in Istanbul on May 29.

“I found out late last night that the game wasn’t going ahead but it is out of our control so we can’t go into it,” defender John Stones said.

“It is a game we weren’t involved in, couldn’t play in. From the game at Crystal Palace we have been solely focused on Tuesday and having two good games before to prepare for that game and set us right up for it and see where it takes us.