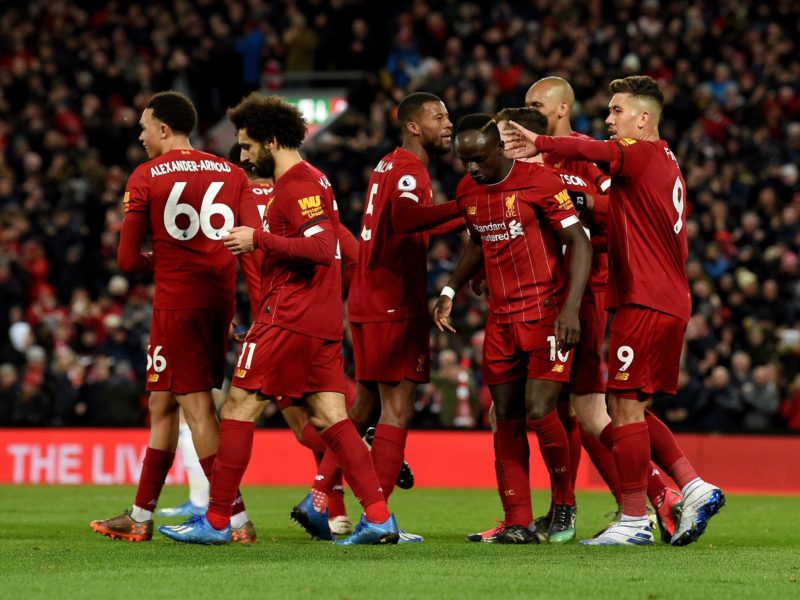 Liverpool equalled one Premier League record on Monday night and are on track for several more before a memorable campaign concludes.

Liverpool has won every match in the league since a 1-1 draw at Manchester United on October 20, and can break the record initially set by Manchester City in 2017 by defeating Watford on Saturday.

For a good while Monday, it didn’t look like Liverpool would get the opportunity. Georginio Wijnaldum scored the opener off an assist from Alexander-Arnold, but Issa Diop brought West Ham level in fairly short order.

When the visitors went up 2-1 through Pablo Fornals’ impressive strike, things got a little nervy.

The Hammers are second from bottom in the table and lost at home to Liverpool less than a month ago, so the odds were pretty long they’d be the ones to hand the champions-elect their first league loss of the season.

But this is Jurgen Klopp’s Liverpool, which doesn’t panic and didn’t again versus West Ham.

Though it must be said it took a stroke of fortune — and a jaw-dropping mistake by Łukasz Fabiański — for Salah and the Reds to turn their dominance into an equalizer.

The Premier League title race has long been rendered a formality, and Liverpool is well and truly closing in on its first top-flight title in 30 years. Win the next four fixtures, and the trophy is officially headed to Anfield. That schedule includes a Merseyside derby at Everton, which won’t be easy, but the other three games (at Watford, vs. Bournemouth, vs. Crystal Palace) are all winnable.

Then again, this is Liverpool. Every game is winnable. The Premier League is theirs. All that’s left to decide is how much history they want to make along the way.