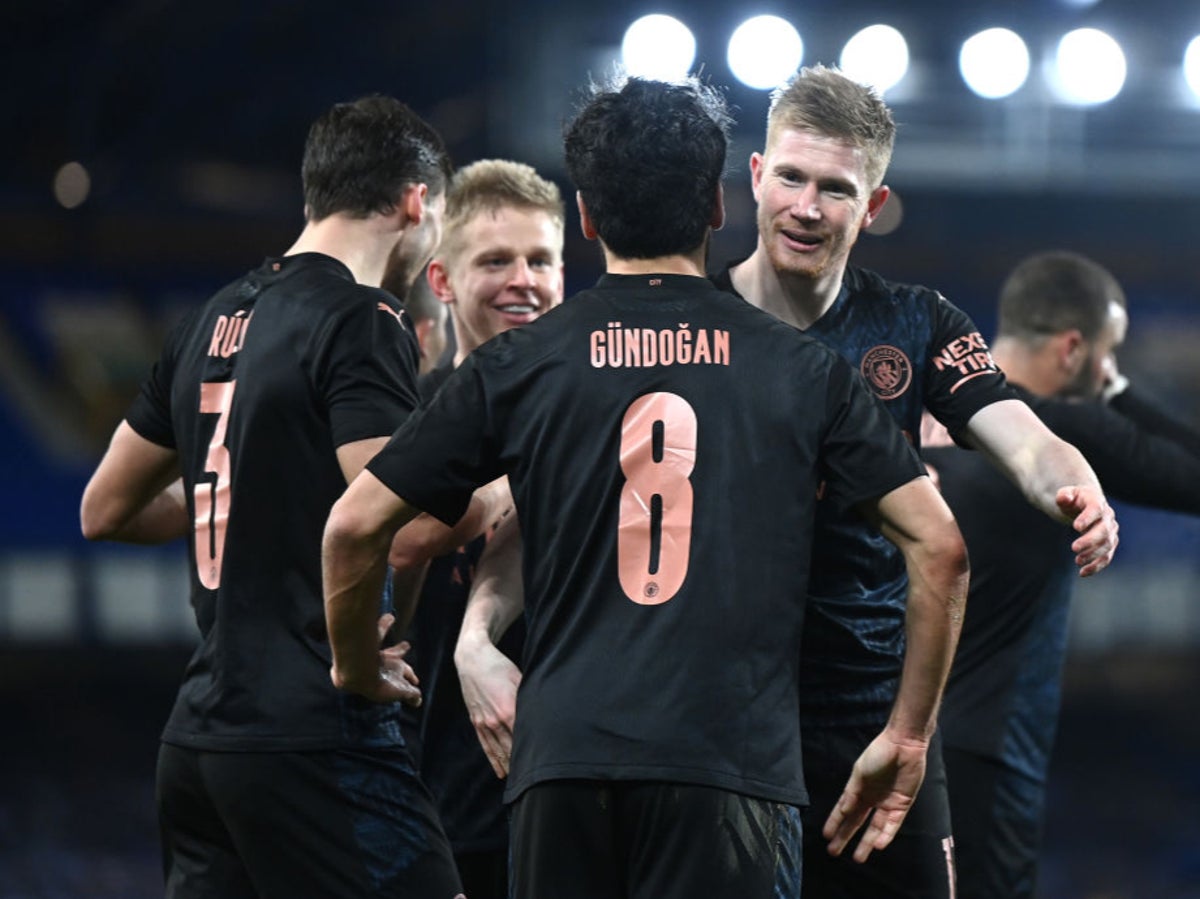 Manchester City needed late goals from Ilkay Gundogan and Kevin De Bruyne to secure a 2-0 victory over Everton to reach the FA Cup semifinals on Saturday.

The triumph keeps City’s quadruple hopes alive this campaign as they managed to break Everton’s defensive shape late on.

Pep Guardiola has now guided City to the FA Cup semifinals for a third season in a row.

Despite City’s dominance of possession, there was a lack of goalscoring chances from both teams in the first half.

Everton came closest to breaking the deadlock just before the break when Oleksandr Zinchenko cleared Yerry Mina’s header off the line from a corner.

Raheem Sterling had the best opportunity to score before the hour mark but Joao Virginia produced a stunning save to deny him from close range.

Phil Foden went close after 67 minutes but his strike from outside of the area went narrowly wide.

City finally broke Everton’s resistance after 84 minutes when Gundogan reacted quickest inside the area after Aymeric Laporte’s shot came off the crossbar.

De Bruyne grabbed a second on the counter attack on 90 minutes to wrap up the win.

Everton did their best to halt the City bandwagon with a disciplined defensive display that drew praise from Guardiola.

“It was a really tough game. We saw the commitment from Everton, how focused they were, they defended really aggressively,” Guardiola said.

“It was one of the toughest games we’ve played in the last four months.”

Guardiola said his only current concern is hoping that all of his players return from international duty ready to continue City’s charge.

“Hopefully the [COVID-19] bubbles are controlled. I’m looking forward to everyone coming back safe,” he said.

For Everton manager Carlo Ancelotti, he accepted that his side had been beaten by “the best team in the world.” “It was a good experience for us and there are no regrets,” the Italian stated. “We have 10 games in the league and we want to fight for our position in Europe next season.”