Khabib Nurmagomedov says Dustin Poirier ‘deserves to be a champion’ 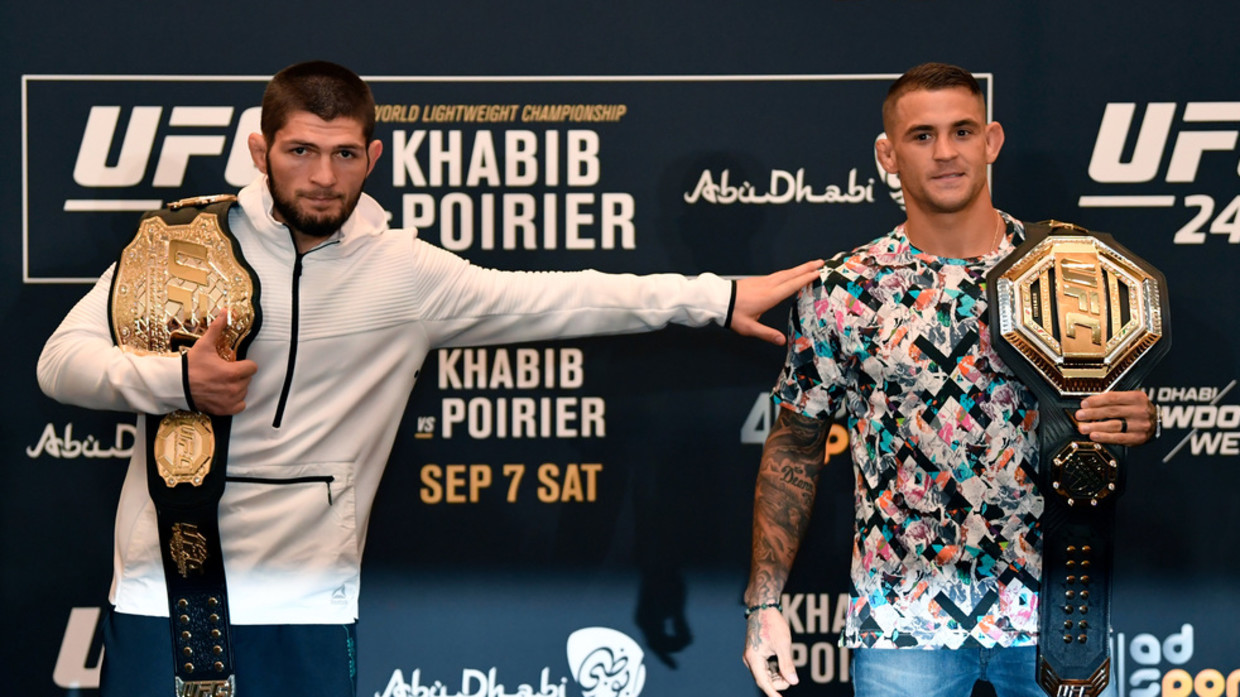 Khabib Nurmagomedov is still the UFC’s undefeated lightweight champion, although even he considers the belt should belong to Dustin Poirier.

“I wouldn’t say Poirier and McGregor disappointed me,” Nurmagomedov said in Russian. “They showed nothing supernatural. I fought with Poirier, nothing special. It’s the same with Conor. I believe that now Poirier deserves to be a champion. That’s my opinion. Look at the fighters he’s fought: Jim Miller, Eddie Alvarez, Anthony Pettis, Max Holloway. These are all top fighters and they could end up in the UFC’s Hall of Fame.”

The Dagestani legend said he would not fight without his father, Abdulmanap, who died in 2020 following a heart condition made worse by COVID-19.

White and Nurmagomedov met in person in Abu Dhabi last month. Before the meeting, White told ESPN he would try to persuade Nurmagomedov, who is arguably still in his prime, to compete again. For now, Nurmagomedov stays in control of the lightweight championship, even though he continues to say he is retired.

The UFC has not yet announced Poirier’s next fight. A trilogy fight between Poirier and McGregor is the most likely option as of now. McGregor knocked out Poirier in a featherweight fight in 2014, before Poirier evened the series at 1-1 last month. Poirier would likely get the first shot at the 155-pound title once it is officially vacated since he is the No. 1 challenger in the current rankings.