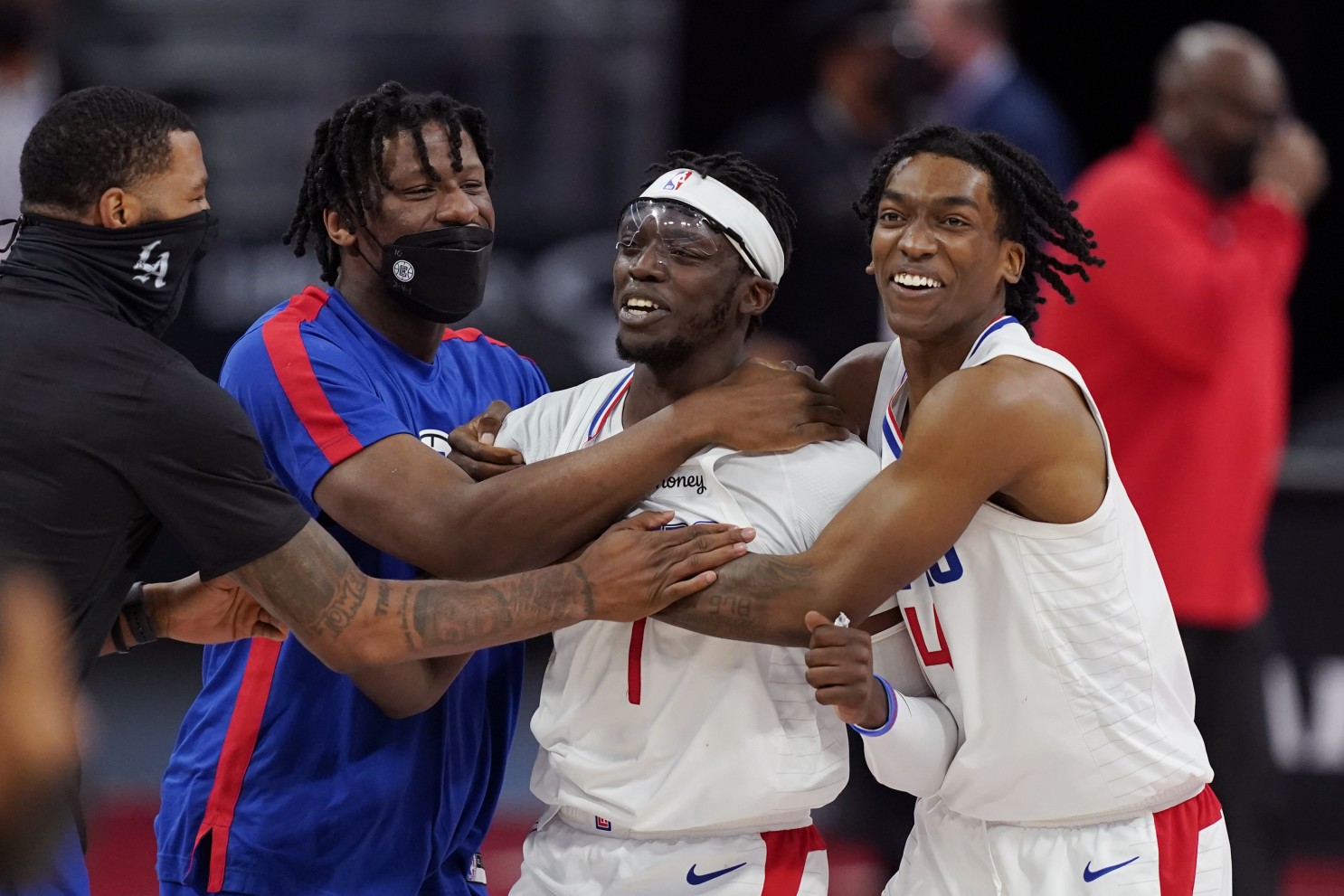 Reggie Jackson and Luke Kennard both spoke highly of their time in Detroit.

Small consolation for the Pistons after those two led the undermanned Los Angeles Clippers to a remarkable triumph in Motown.

Jackson sank a jumper with 2.3 seconds left versus his former team, giving the Clippers their seventh consecutive victory, 100-98 over Detroit on Wednesday night. The Clippers rallied from an 11-point deficit in the fourth quarter despite playing without several key players.

“We have a deep team,” Kennard said. “We’ve got guys that can play.”

The Clippers trailed by five in the final minute, but Terance Mann made it 98-95 with a dunk, and after Detroit’s Jerami Grant turned the ball over near midcourt, Jackson connected from 3-point range to tie it with 19.0 seconds left.

Amir Coffey then came up with a steal on the ensuing inbound pass, and after a timeout, Jackson dribbled the clock down and sank a jumper from near the top of the key.

Killian Hayes missed a 3-pointer at the other end.

“I made a couple mistakes at the end,” Grant said. “I’ll take the blame for it.”

Jackson and Kennard were both with the Pistons last season. Jackson agreed to a contract buyout before the campaign was over, and Kennard was dealt in the offseason.

“To come here, play here for 5 1/2 seasons was a blessing,” Jackson said. “Learning how to try to be consistent. It shaped me on and off the court. … I’ll forever have that Piston blood running through my veins.”

“I love the city of Detroit. I always will,” he said. “The people here were really great to me.”

Jackson ended with 29. Kennard had 17 points and 10 rebounds.

The Pistons played two games in a row versus the Clippers. They lost 131-124 at Los Angeles on Sunday. The Clippers had a game in between.