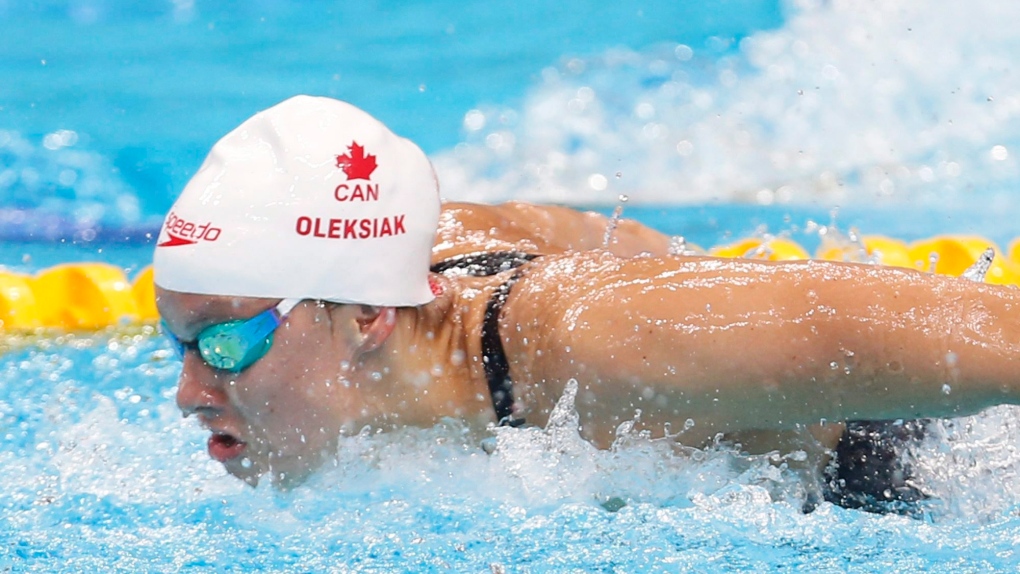 A Michael Phelps book recommendation resonates with Canadian swimmer Penny Oleksiak more than ever these days.

Oleksiak has read Eckhart Tolle’s “The Power of Now” multiple times since the American swim legend suggested the title to her.

The 19-year-old dove back into the book when the COVID-19 pandemic forced her out of the pool in March and into confinement in her Toronto apartment.

“I feel like I could recite the whole book by now,” Oleksiak told The Canadian Press on Monday. “Michael Phelps actually recommended it to me.

“The first time I read it, I became obsessed with it. I just teach you to live now and be present with everything that’s going on in your life.”

At age 16, Oleksiak was Canada’s swimming sensation at the 2016 Olympic Games in Rio.

She won four medals, including gold in the 100-metre freestyle, while Phelps capped his decorated career with five gold medals there.

The pandemic has Oleksiak, who normally spends almost every day in a swimming pool, constructing a life without it.

“I haven’t really touched water in quite some time,” the teenager said.

The 2020 Tokyo Games postponed to next year and her training facilities closed to prevent the spread of the virus, Oleksiak rides the stationary bike on her apartment balcony and lifts weights in her living room every morning.

She reads, cooks, conducts fashion experiments in her closet and thinks about what will make her swim fast in Tokyo in 2021.

It’s now tradition for General Mills to adorn Cheerios boxes with photos of Canada’s Olympic stars in the months prior to a Summer or Winter Olympics. The combination of the pandemic, the Tokyo postponement and the cereal boxes already produced prompted the company to pivot and pair the pictured athletes with people who work in food banks.

The Oleksiak edition box en route to store shelves is linked to a digital box featuring Lori McRitchie, who is the executive director of the food bank in Airdrie, Alta. The two women had a video meet and greet recently. Oleksiak will introduce McRitchie on social media later this week.

NHL would need to follow quarantine rules before season could resume: Trudeau