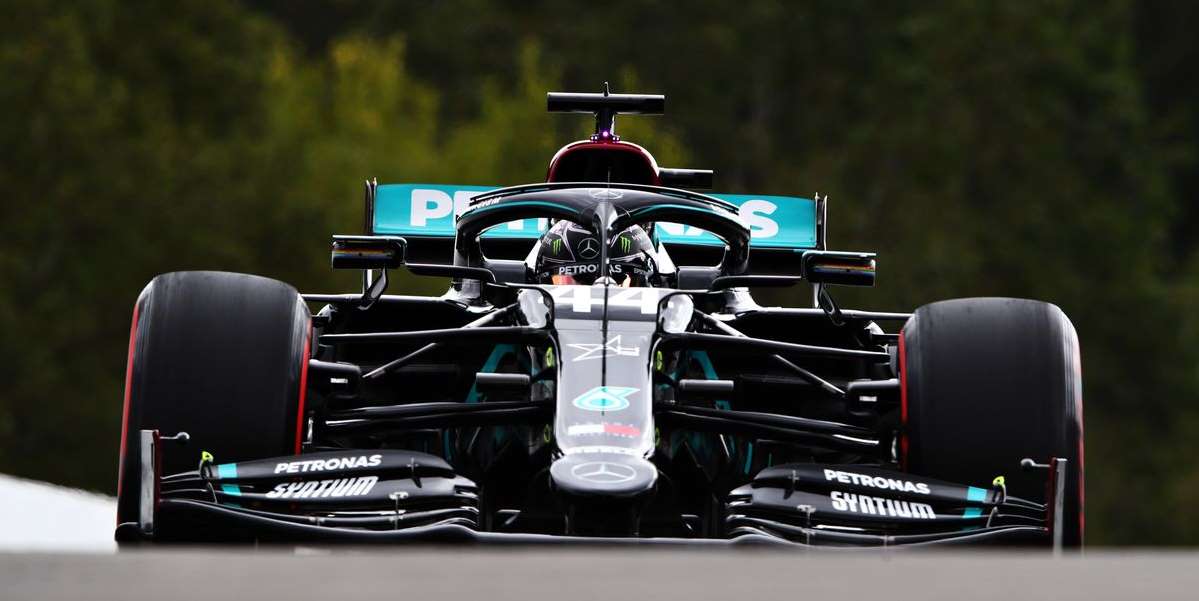 Lewis Hamilton led from start to end at the Belgian Grand Prix to clinch his 89th career victory and move two behind Michael Schumacher’s Formula One record on Sunday.

The world champion was untroubled from pole position, beating his Mercedes teammate Valtteri Bottas by eight seconds and finishing 15 seconds ahead of Red Bull’s Max Verstappen.

It’s great for Hamilton, but he understands F1 fans might be getting a little bored.

“You generally know I don’t make too many mistakes. I can imagine it’s definitely not the most exciting (race),” Hamilton stated. “Of course I would love a wheel-to-wheel race. I hope we have more of a race moving forward.” The only thing to elude him was the extra point for the fastest lap, which he had until Renault’s Daniel Ricciardo took it on the final lap on his way to fourth place.

Hamilton’s fifth win from seven races also extended his championship lead over Verstappen to 47 points with Bottas drifting 50 back in third. Hamilton is favorite to win a seventh title to tie Schumacher’s record.

“I do feel that I’m driving at my best … I am 35 going towards 36 but I feel better than ever,” Hamilton said. “Last year was one of my best years, if not the best year, but in qualifying I had a bit of a slump. Every year the goal is to improve physically and mentally.”

Bottas vowed, earlier this season and last, that he could take Hamilton’s crown.

Yet he’s won only one race.

“It’s not over, there are 10 left. I had a puncture in Silverstone, lost a lot of points with that,” Bottas said. “If I gave up now, I’d rather stay home.”

Schumacher acquired five of his F1 titles consecutively during a glorious era for Ferrari, but the proud Italian team is struggling badly now.

They are not anywhere close to Hamilton in terms of speed, let alone challenging him.

Having secured a record-extending 93rd career pole, which he dedicated to American actor Chadwick Boseman, Hamilton made a clean start and Bottas was unable to exert pressure on the long straight up to Turn 2.

Verstappen, meanwhile, would love a faster car to take the fight to Hamilton, but Red Bull has yet to bridge the gap with Mercedes.

“It was pretty boring to be honest, not much to do,” Verstappen said. “It was not really enjoyable out there.” Early into the 44-lap race, Williams driver George Russell and Alfa Romeo’s Antonio Giovinazzi crashed heavily but were both uninjured.

A minute’s silence was held before the race in memory of French driver Anthoine Hubert, who died here last year following a horrific crash during an F2 race.