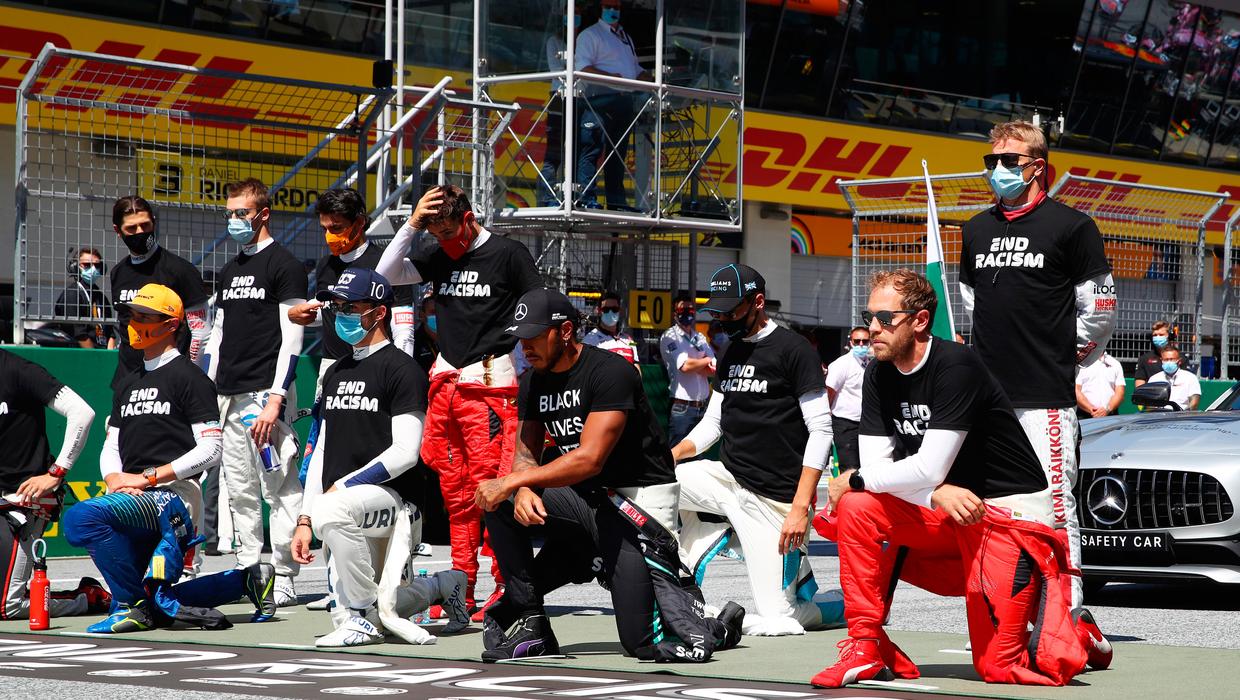 The Austrian Grand Prix was the perfect way for F1 to return after the long hiatus caused by the coronavirus pandemic.

What at one point looked like being a fairly routine contest for victory between the Mercedes drivers exploded into life in the second stint. It was unlike any F1 race we had ever seen before, with a new-look podium ceremony and a circuit without any fans at what is usually one of the most colorful venues on the calendar.

When Max Verstappen’s Red Bull gave up after 11 laps, it was fair to think the Austrian Grand Prix was simply going to be a fight between the two Mercedes drivers out in front. Considering it was the first race since the Abu Dhabi Grand Prix on Dec. 1 last year, that wouldn’t have felt like a fitting return to action.

The drama seemed to cascade as the race went on, with just 11 of the 20 cars making it to the end.

The final two retirements were quite spectacular — Kimi Raikkonen’s front right tire somehow came loose from his Alfa Romeo ahead of a Safety Car restart (prompting the Safety Car to come straight back out), and then Daniil Kvyat was cruelly denied a points finish when his rear suspension failed on the penultimate lap after contact with Esteban Ocon.

Up at the front, it was hard to keep up with what was unfolding. Albon’s hopes of a victory were thwarted by Lewis Hamilton, but we were not denied seeing a first-timer on the podium, with McLaren’s Lando Norris getting the job done in fine style in the final laps.

It appeared Albon was about to have the perfect shot at redemption, with Red Bull reacting to the second Safety Car period to bring him in for the soft tire — the perfect tire on which to attack the Mercedes pair as they struggled with gearbox issues forcing both to drive conservatively.

Albon clearly sensed this was a big moment and, after managing the third Safety Car restart perfectly, he had a run on Hamilton down to Turn 4. Albon took the brave route around the outside and appeared to have his nose in front of the six-time world champion.