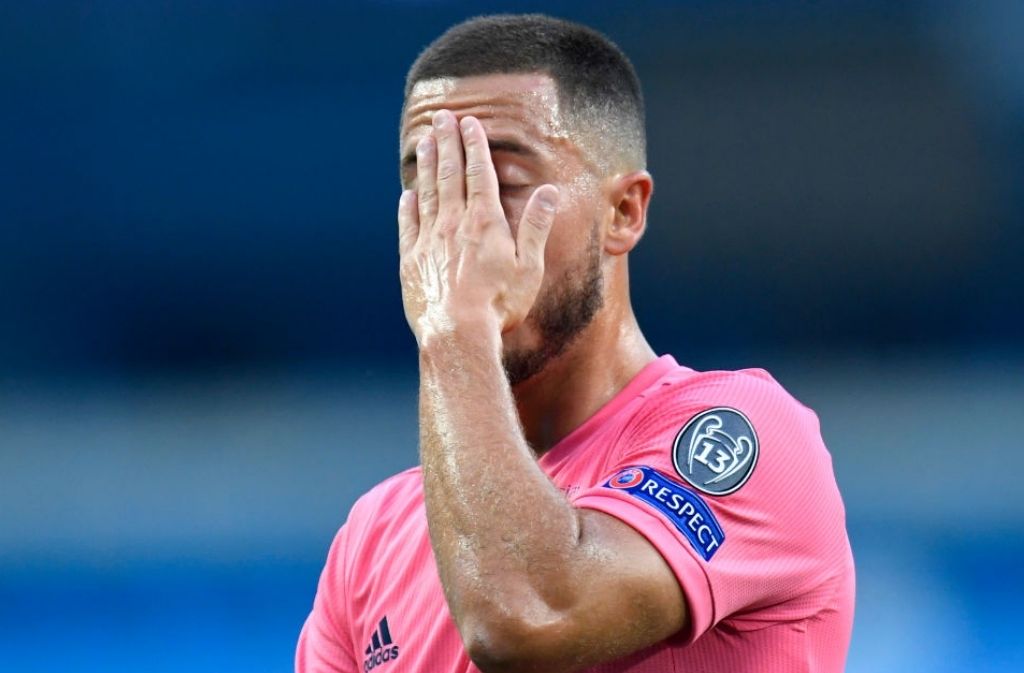 Eden Hazard has suffered yet another injury setback at Real Madrid, with a muscular problem that could see the €100 million forward miss up to a month of action including the first El Clasico of the campaign.

The Belgium international had been called up for Madrid’s La Liga match with Real Valladolid on Wednesday night, but was withdrawn from the squad just hours ahead of kick-off.

“Following tests carried out today on our player, Eden Hazard, by Real Madrid Medical Services, he has been diagnosed with a muscle injury in his right leg,” the club said in a statement. “His recovery will continue to be assessed.”

Hazard, 29, was expected to be out for three to four weeks, which would see him miss La Liga matches with Valladolid, Levante, Cadiz and potentially the trip to Camp Nou to face Barcelona on Oct. 24 or 25.

Hazard’s injury record has come under intense scrutiny in Madrid after a terrible debut season — which he described as “the worst of my career” — following his transfer from Chelsea in July 2019.

He admitted arriving at the Bernabeu out of shape

Before suffering an ankle fracture versus Paris Saint-Germain in November and another which required surgery in Dallas in March of this year.

Hazard’s return when La Liga restarted after its three-month suspension amid the coronavirus pandemic was also underwhelming, and he ended the 2019-20 campaign with just one league goal in 16 appearances.

He was left out of the Real Madrid squad for their first two matches this campaign, a 0-0 draw at Real Sociedad and a 3-2 win at Real Betis, with coach Zinedine Zidane saying he lacked match fitness.

Hazard was supposed to make his comeback versus Valladolid — with Zidane describing him as “really close” and “ready” in a news conference on Tuesday — but that has now been put on hold.