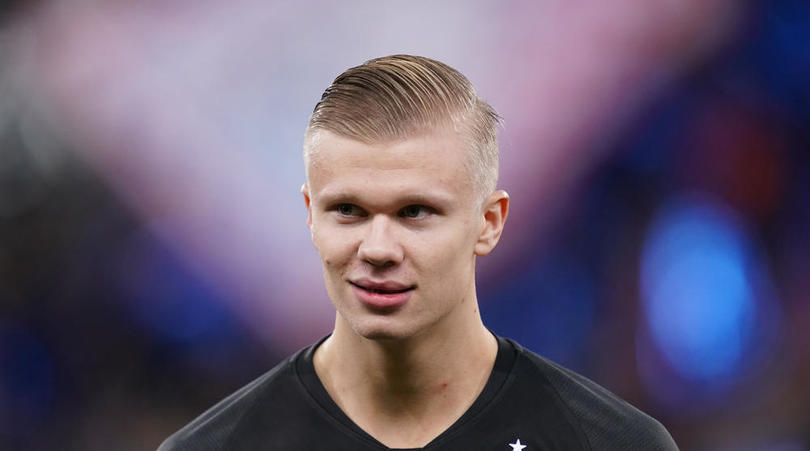 Borussia Dortmund have signed the highly rated striker Erling Braut Haaland from RB Salzburg, paying the release clause of €22.5m with the 19-year-old’s advisor, Mino Raiola, receiving a €10m payment on top of that.

The much-hyped teenager, who has recently been linked with a host of top clubs in the Premier League and around Europe, has signed a contract until 30 June 2024 while Salzburg will receive a percentage of any future sale.

Manchester United were interested in the striker, with Ole Gunnar Solskjær and the player working together for two seasons at Molde in 2017 and 2018. United have scouted the 19-year-old on several occasions but they and Juventus faced competition from, among others, Barcelona, Real Madrid, Atlético Madrid, Manchester City, Arsenal, Bayern Munich and Chelsea, all of whom had scouted him. In total more than 20 clubs have watched the young Norwegian before Dortmund made their move.

It is understood United cooled their interest in the player in the end due to the demands made by Raiola and Alf-Inge Håland, the player’s father, when it came to the share of any future transfer fee as well as the new buyout clause.

In a press release issued by Dortmund, CEO Hans-Joachim Watzke said: “Despite interest from many other top clubs in Europe, Erling Haaland has opted for the sporting challenge that BVB is able to offer as well as the opportunities we presented him with.

Our persistence has paid off.” The club’s sporting director, Michael Zorc, added: “We can all look forward to welcoming an ambitious, athletic and physically strong centre forward who has a nose for goal as well as impressive pace.

We want to improve him as a player at Dortmund. At 19 years of age, he is of course still at the beginning of what will hopefully be a glittering career!”