Donovan Mitchell, Utah Jazz agree to 5-year extension worth up to $195M 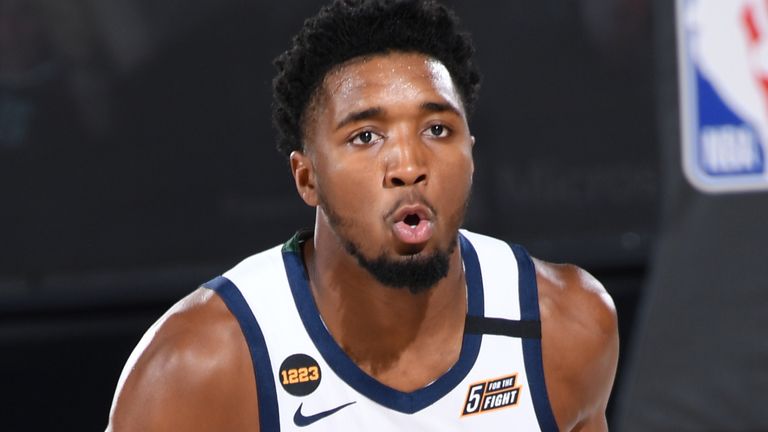 Utah Jazz All-Star guard Donovan Mitchell has agreed to a five-year designated rookie extension worth up to $195 million, his agents Ty Sullivan and Austin Brown of CAA Sports told ESPN.

Mitchell, 24, rapidly developed into one of the most explosive and popular young players in the NBA, an instantaneous franchise cornerstone for the Jazz organization.

The deal contains a 30% escalator clause that would turn the guaranteed $163 million base into $195 million should Mitchell be voted onto one of the three All-NBA teams, sources said. The deal also involves a player option after the fourth year, sources told ESPN’s Bobby Marks.

Talks moved quickly on the maximum extension, with Sullivan and Brown finalizing terms on Sunday morning with Jazz president Dennis Lindsey and general manager Justin Zanik, sources said. Mitchell has career averages of 22.7 points and 4.0 assists in the regular season and has been even better in the playoffs.

Mitchell has averaged 27.3 points in 23 career playoff matches, including 36.3 points in last season’s seven-game, first-round loss to the Denver Nuggets, when he joined Michael Jordan and Allen Iverson as the only players in NBA history to have a pair of 50-plus-point games in a playoff series.

During his Rookie of the Year runner-up campaign, Mitchell became the first rookie since Carmelo Anthony to be the leading scorer for a playoff team with a winning record, averaging 20.5 points per game.

His scoring average has increased each campaign.

Utah expects to have one of the best teams in the Western Conference this season, a roster that’ll include the return of forward Derrick Favors in free agency and the re-signing of guard Jordan Clarkson.

Mitchell is the second member of the 2017 NBA draft class to commit to a max extension. Sacramento Kings guard De’Aaron Fox agreed to a five-year, $163M guaranteed deal that could also escalate to $195 million by reaching the All-NBA escalators.

Boston Celtics star Jayson Tatum is another young All-Star member of the draft class expected to be offered a designated maximum contract extension.