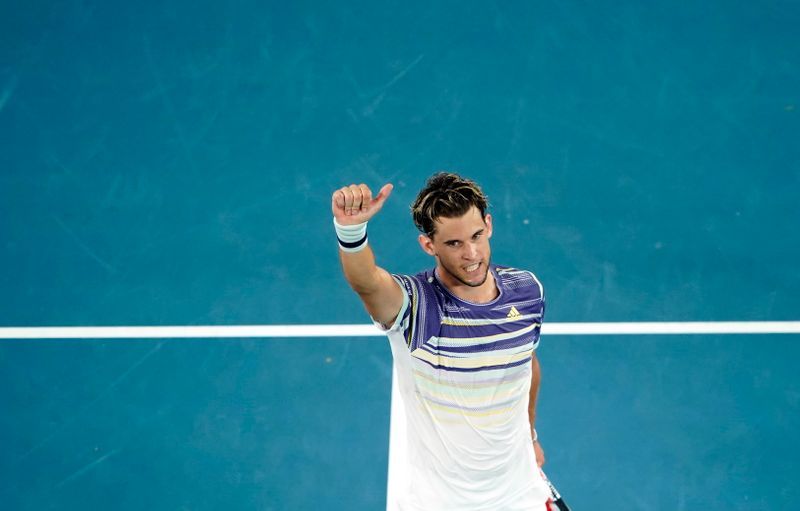 Top seed Dominic Thiem held off an inspired effort from Brazilian wild card Felipe Meligeni Rodrigues Alves at the Rio Open presented by Claro, finishing strongly in his 6-2, 4-6, 6-1 victory to reach the second round on Tuesday.

The 21-year-old Rodrigues Alves, No. 341 in the FedEx ATP Rankings, had never faced a Top 80 player before. He was unintimidated at facing one of the world’s best in his ATP Tour debut, hanging with Thiem in their baseline rallies and using the home crowd to his benefit.

But once the Austrian found his footing, he coasted through the opening set. With Rodrigues Alves serving at 2-3, Thiem prevailed in a grueling 27-ball rally before breaking the Brazilian to love. The top seed took 16 of the last 22 points and grabbed the early advantage with a crafty lob on set point.

With Thiem in full control, he suddenly started to experience left knee pain in the opening game of the second set. He received medical treatment at the changeover and continued to play, but his forehand and serve became far less reliable.

Sensing his chances, Rodrigues Alves forced the Austrian to play more shots and ultimately leak unforced errors. A wild forehand miss from Thiem at 3-3 in the second set gave Rodrigues Alves the lone break of the set and he brought the crowd to its feet by eventually sending the match to a decider.

Thiem hit 18 unforced errors throughout the second set, compared to eight in the first set.

With an incredible upset suddenly becoming a possibility, Thiem quickly regrouped and didn’t allow the Quadra Guga Kuerten crowd to get behind the home favourite. The top seed charged to a 5-0 lead in the final set after just 20 minutes and knocked off a backhand volley winner on his third match point to wrap up play.

Awaiting Thiem in the next round is Spaniard Jaume Munar, who moved past Italian Salvatore Caruso 7-5, 6-4. Thiem leads their ATP Head2Head series 2-0, with both victories coming in straight sets on the clay of Barcelona.