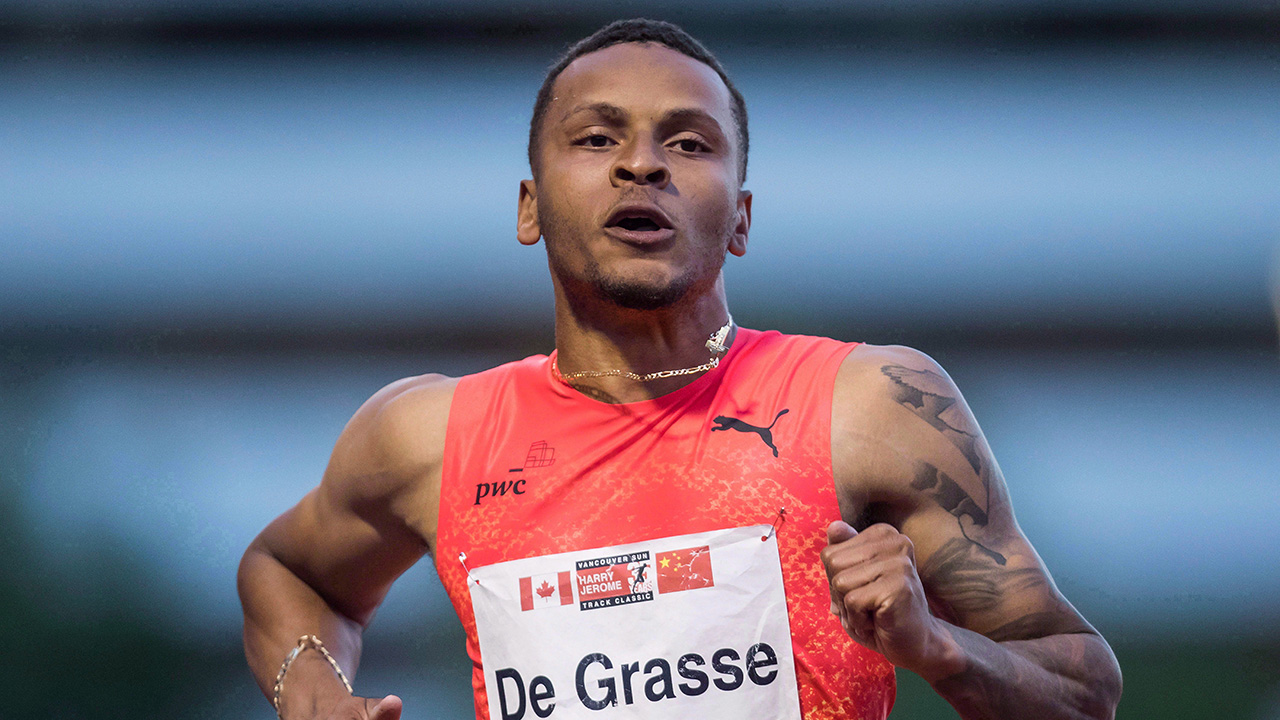 Andre De Grasse would be the first to say an explosive start in the 100 metres hasn’t been his greatest strength in a successful sprint career, and hours spent poring over race footage during the pandemic showed as much.

But the Canadian was encouraged by his first 30 metres in a 9.99-second performance and second-place finish behind rival Justin Gatlin (9.98) in a potential Tokyo Olympic final preview at the Tom Jones Memorial Invitational on April 17 in Gainesville, Fla.

“I usually don’t open the season that fast. That’s a sign things are going well in training,” De Grasse told CBC Sports last weekend from nearby Jacksonville, where he lives. “I knew I was going against good competition and guys that get out of the blocks fast.

“That first 30, 40 metres I felt confident. When I got upright, I knew I had to work on my technique, stay upright, relaxed, pump the arms and lift my knees. I’m improving and feel like I’m ready for the season.”

The 26-year-old has continued to work on his speed endurance and technique with coach Rana Reider ahead of his next race on Friday at 4 p.m. ET at the University of North Florida.

“I look at my [race] footage and I’m always a foot or two behind in the beginning of the race. If I can close the gap a little, it will help me work toward the finish to my race so I can be in contention to win.

“It’s about repetitions. That’s what’s going to get me to the [medal] podium.”

“Andre is probably going to be [trailing] at the 30-metre mark [in his races],” Bailey said after the world 100 final, “but his strengths are maintaining his acceleration and relaxing at the end of the race, and that’s what he did today.”

World 200 champion Noah Lyles, who placed fourth on that April day in Gainesville, is also expected to be a threat to De Grasse on the track this season but not Coleman — the world’s fastest man in 2017, 2018 and 2019 — who is suspended through October for missing three drug tests in 2019.

De Grasse considered he was ready to compete at an Olympic level shortly before the coronavirus pandemic shut down sports in March 2020 and forced the postponement of the Games to 2021. Suddenly, he was left without weight room access and a track on which to train, relying on Reider to “find a park or grass fields” to help maintain fitness.

However, a year to spend more time with family and friends, “live a normal life” and prepare mentally and physically for 2021 has been helpful. De Grasse’s race schedule remained light last summer with two 100s in July and a 200 in July and August, all in Florida.