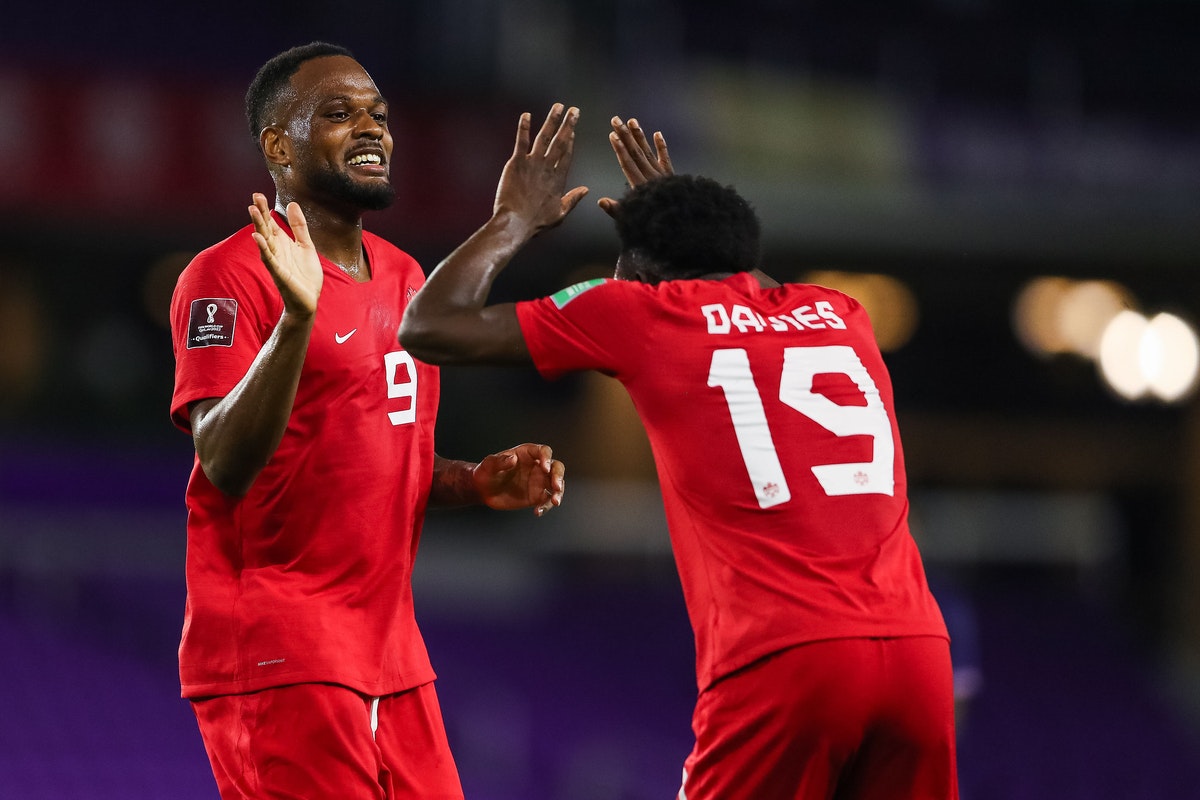 John Herdman figured if Canada could weather an opening push from a revamped Suriname side, his team’s quality would show through in a do-or-die World Cup qualifying match.

The Canadian coach read it right.

After a wobbly start Tuesday, the 70th-ranked Canadian men grew into the game with Alphonso Davies and Jonathan David dazzling in a 4-0 victory over a Suriname team better than its No. 136 ranking thanks to a recent influx of Dutch-born talent with Surinamese roots.

The Canadian men came into the contest needing a draw or victory to win Group B and advance. While both teams had won their three previous matches, Suriname had an inferior goal difference and needed a win to keep its World Cup qualifying dream alive.

“We knew those first 15 minutes were a cup final for both teams,” said Herdman. “We knew they were going to bring an intensity.”

Suriname had a couple of early opportunities at an empty SeatGeek Stadium.

A Tjaronn Chery free kick from long distance forced a diving Milan Borjan to palm the ball away in the 11th minute. A minute later, Sheraldo Becker’s shot hit the Canadian crossbar with Borjan beaten.

“We were wobbling,” said Herdman. “The guys stayed in the fight… We always knew if we could just weather that storm and bring the passion and stick to the process, then if we matched their level of intensity, our quality would shine through and I think it did.”

David set up Davies for the opening goal in the 37th minute. Davies then returned the favor, playing provider on goals by David in the 59th and 73rd minutes. David completed his hat trick from the penalty spot in the 77th minute.

“I feel like we have that connection, me and him. It was good today,” Davies said by way of understatement.

The 21-year-old David, who also had a hat trick versus Cuba at the 2019 Gold Cup, upped his international total to 15 goals in 14 games while Davies collected his ninth goal in 21 matches for Canada. Davies has four goals in his last three international outings.

Canada will face No. 83 Haiti next in a home-and-away second-round playoff that starts Saturday in Port-au-Prince. The rematch next Tuesday is back in suburban Chicago with the winner moving on to the final round of qualifying in North and Central America and the Caribbean.

Herdman acknowledged his wife and others weren’t happy about the trip to Haiti in a pandemic, with both the U.S. Centers for Disease Control and Prevention and Canadian government advising against travelling there.

“But at the end of the day… this is what’s in our destiny and we’ve got control what we can control,” he said.

That means extra security and medical help on the trip “I think there’s a good plan in place to keep people safe,” said Herdman, who nevertheless suggested a neutral venue was warranted.