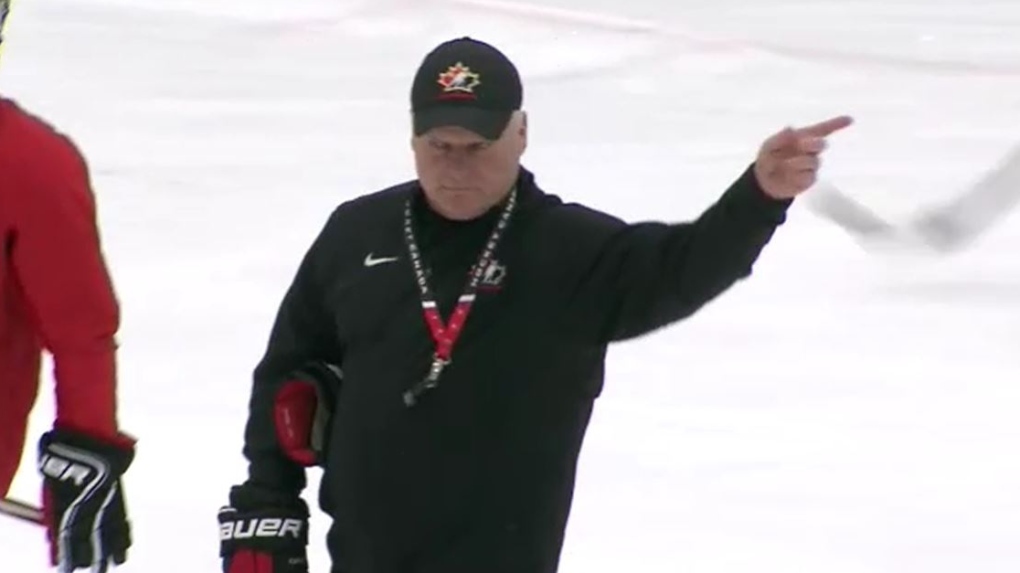 Canada opens its world junior-hockey championship Thursday against the U.S. in the Czech Republic.

Olivier Rodrigue looked like the odds-on favourite to be Canada’s No. 1 netminder back in the summer, but the country’s crease landscape changed drastically this fall.

Nico Daws of the Guelph Storm and Joel Hofer of the Portland Winterhawks were outstanding through the first three months of the season to force their way into the conversation at selection camp.

Daws, who had never realistically been on Hockey Canada’s radar before 2019-20, has a record of 13-3-4 and leads the Ontario Hockey League with a 2.06 goals-against average and a .939 save percentage.

Hofer, who has also never played for Canada, is 20-4-2 with a WHL-leading 1.81 GAA and the league’s second-best save percentage at .937. Sporting a 15-6-0 mark, a 2.79 GAA and a .907 save percentage with the QMJHL’s Moncton Wildcats, Rodrigue also made the team — the only goalie of the five invited to the national team’s summer camp to get the nod — but it appears either Daws or Hofer will get the call to start the tournament.

Despite their dominance in junior hockey, Dale and Mark Hunter’s international résumé are incredibly thin.

Dale Hunter is getting his first crack at coaching the world junior team after leading Canada to gold at an under-18 tournament in 2013.

Mark Hunter, the former assistant general manager of the Toronto Maple Leafs, is the focal point of Canada’s brain trust as the country looks to rebound after a disappointing sixth-place showing in Vancouver and Victoria.

Canada is set to ice a younger roster than usual at a tournament that often features 19-year-old players. Lafrenière and Byfield will be counted on up front, while Jamie Drysdale — another projected top-10 pick at the 2020 NHL draft — is set to become just the seventh 17-year-old to play defence for Canada at the world juniors.

Barcelona to return for Neymar in summer