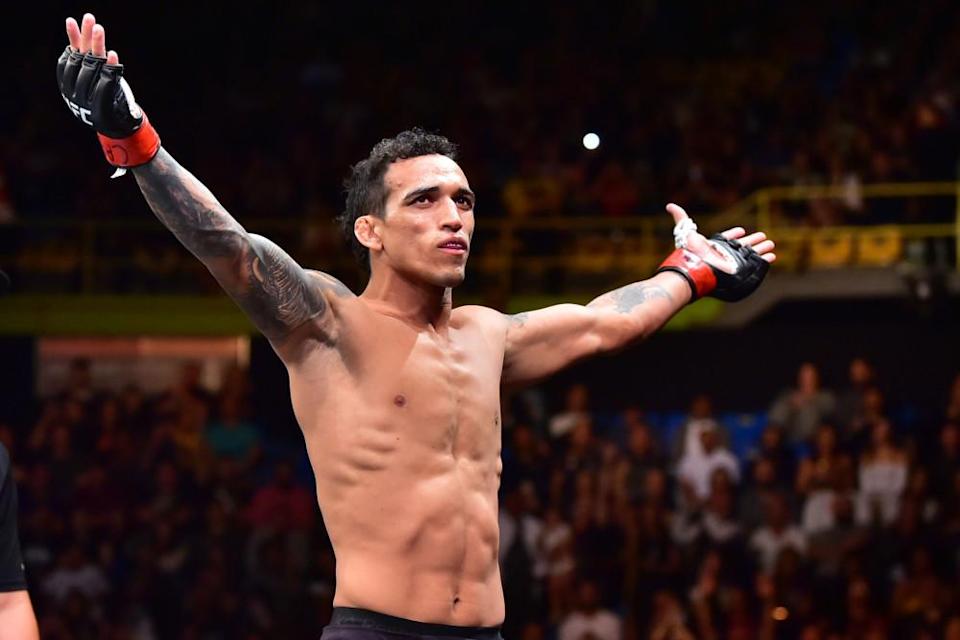 The UFC’s lightweight division is finally ready to crown a new champion now that Khabib Nurmagomedov’s retirement has been officially acknowledged. While Dustin Poirier and Conor McGregor will settle their differences in July, either Michael Chandler or Charles Oliveira will earn the career-defining moment on Saturday at UFC 262 when they fight for the strap in the main event.

Both fighters made their way to this title shot in vastly different ways. Chandler was the former Bellator champ, a stalwart in the organization, who eventually left in 2020 in search of proving he is the best in the world.

He instantly made an impact in his first Octagon appearance, knocking out contender Dan Hooker in just two minutes. Chandler is a fierce striker with a solid ground game, with 13 KOs and 7 submissions to his name.

Oliveira did things a bit differently, all within the UFC’s walls. The Brazilian is riding an eight-fight win streak since 2017. Among others, he’s beaten Tony Ferguson, Kevin Lee and Jim Miller during this stretch. Oliveira owns the UFC record with 14 submission triumphs.

This is a great fight. Both men are very tough. It’s going to be a high-paced fight, and given the two competitors, it’s likely someone could get knocked out or submitted.

Chandler is a man who takes the center of the cage and pushes his adversaries backwards with his pressure. He uses his jab really well as a range finder, and has a big overhand right, a right hand to the body and a solid left hook to the head — what he did to Hooker.

Chandler has really big bombs coming from everywhere, but ultimately he wants to close the distance, pressure his opponents, land that big punch and take them down.

Not sure if that’s what he wants to do versus Oliveira, but when we sum it up, that’s who we believe Chandler is — the Mike Tyson of MMA. With his style, but he’s going to have a challenge against Oliveira.

Unlike Chandler’s boxing stance, Oliveira fights tall, like a Muay Thai fighter. He has a high guard, and with that stance, he can kick and knee very well. He stands that way so he can fire his kicks. He’s still very good with his hands and is a fantastic grappler. He can take you down. He’s a submission artist.

Chandler has that knockout power, but Oliveira has more tools to win.