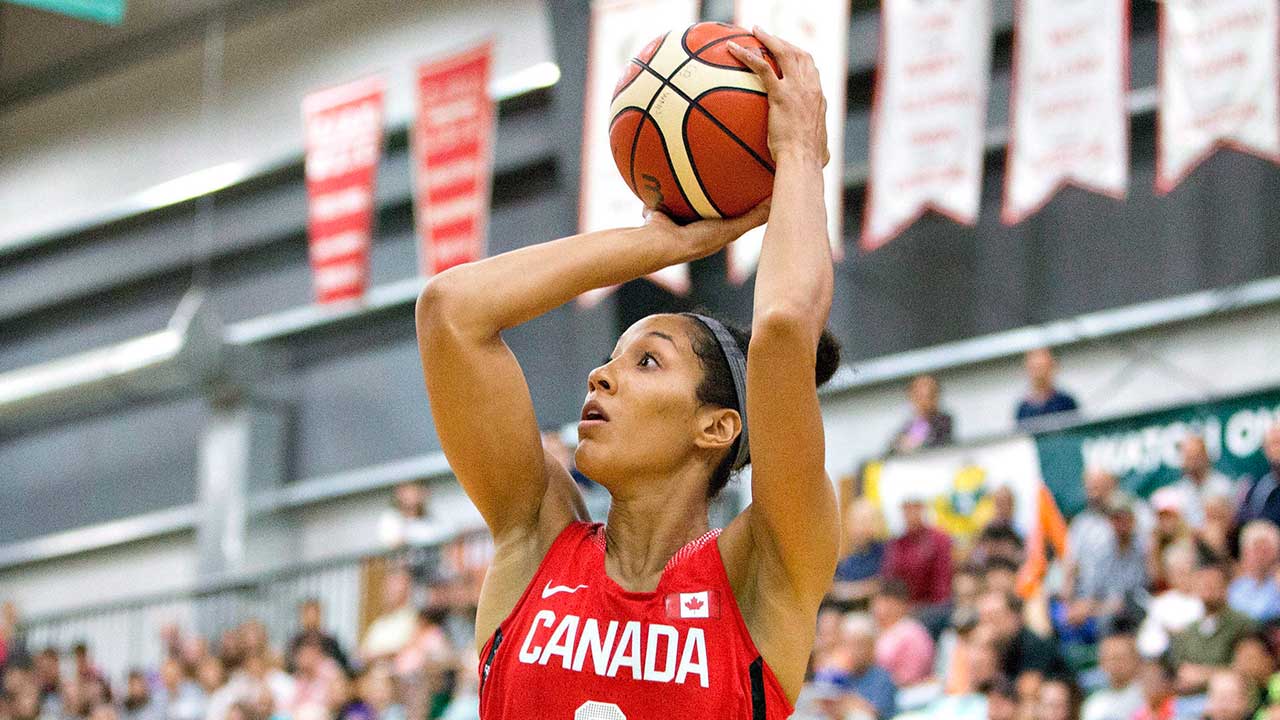 It was another another rout for Canada’s women’s basketball team at the FIBA AmeriCup tournament.

Shaina Pellington scored 21 points as the world No. 4-ranked Canadians trounced El Salvador 98-41 to improve to 3-0 on Monday.

But in their first tournament together in more than a year, and with the Tokyo Olympics less than six weeks away, head coach Lisa Thomaidis said every minute of playing time is valuable, no matter how lopsided the score.

“[These games are] huge,” Thomaidis said. “We haven’t played together in 16 months so any game is such an opportunity for us. Definitely much needed. We need to find our groove again, we need to get into our rhythm. We have some new players [on our roster.] So they’re very, very valuable games for us.”

Pellington, a 21-year-old guard from Pickering, Ont., shot 5-for-6 from the field, connecting on both her three-point attempts, plus nine of her 10 free throws. She’s coming off an excellent season with the Arizona Wildcats, who suffered a heartbreaking one-point loss to Stanford in the NCAA final.

“She’s a great athlete,” Thomaidis said of Pellington. “She’s explosive. She can get out and score in transition, I think you’re seeing a lot of that right now.

“We’re fortunate. We’re really leaning on her heavily to create for others as well. As a point guard there’s a lot of room for growth in her game, but she’s certainly performing well right now and we’re happy for that.”

The Canadians dominated from the opening whistle, racing out to a 20-10 first quarter lead, then holding 85th-ranked El Salvador to just two points in the second quarter to take a 42-12 advantage into the halftime break. Canada was up 69-29 to start the fourth.

Thomaidis had the luxury of tinkering with her lineup combinations, using 11 players in the opening quarter.

“We’re getting there,” Thomaidis stated. “It’s going to take some time. We’re really trying to find a balance between playing with pace and yet still getting some touches with our forwards. I think we can sometimes get lulled into dribble drives and the ball not getting inside, but we really need to make sure we’re getting some touches inside. We have some great athletes that can score from there and can score in a one-on-one situation so it’s finding the right balance right now.”

The Canadians defeated the U.S. Virgin Islands 101-41 in their opener, Canada’s first actual match since the team clinched a Tokyo Olympic berth in February of 2020. They edged Brazil 71-67 in Game 2.

Canada plays Colombia on Tuesday. The top two teams from each group advance to the semifinals. The final is Saturday.

The top four teams advance to World Cup qualifying tournaments, Feb. 6-14, 2021. The top three from each qualifier earn a berth in the World Cup, in Sydney, Australia, Sept. 22-Oct. 1, 2022. The Canadians are without WNBA players Natalie Achonwa, Kia Nurse and Bridget Carleton, who will join the team in Tokyo.