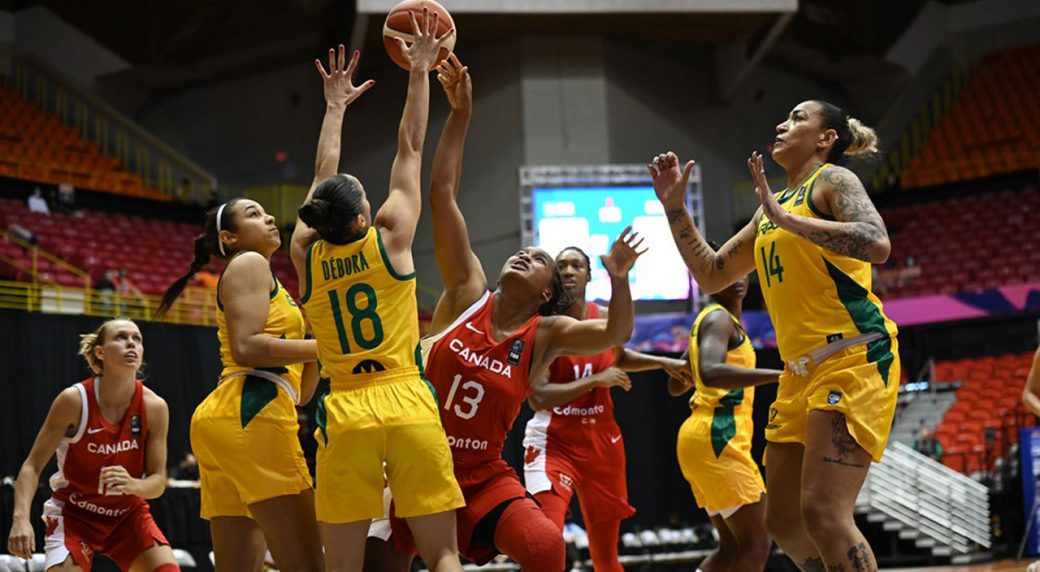 From 16 months without a game to seven contests in eight days, the Canadian women’s basketball team made its return to the court last week at the FIBA AmeriCup.

Canada, which collected gold in two of the previous three iterations of the tournament and hadn’t missed the podium since 2007, finished fourth.

After sweeping through the four-game round robin and easily winning a quarter-final versus the Dominican Republic, Canada was stunned 65-61 in the semis by hosts Puerto Rico. It then lost a double-OT decision versus Brazil in the bronze-medal game.

Ranked fourth in the world, Canada carried hopes of gold into the tournament.

“These close games are really a gift for us to be in, to be honest,” head coach Lisa Thomaidis stated after the Brazil loss. “We’re certainly disappointed we didn’t come out on the winning end, but it shows a lot about our team. They fought hard, hard, hard. They showed a lot of passion, a lot of grit.”

After entering the fourth quarter against Brazil down 15 points, Canada battled back to force OT, even missing a potential buzzer-beating, game-winner at the end of regulation.

The AmeriCup was the rare tournament in which the result was truly less important than the process. Priorities for Canada were gaining reps together, avoiding injury, evaluating talent and then, finally, winning.

Still, there’s clearly room for improvement as Canada chases its first Olympic basketball medal since 1936. Meanwhile, the U.S. announced an Olympics roster so stacked on Monday that young star Sabrina Ionescu didn’t even make the cut.

It’s why Thomaidis was happy to be in three close games – a four-point round-robin win over Brazil plus the playoff contests.

Of the 12 players in Puerto Rico, 11 played regular minutes and only college guard Merissah Russell was mostly left on the bench. That spread serves two purposes: testing out different lineups, and not overworking anyone following long overseas seasons ahead of the Olympics.