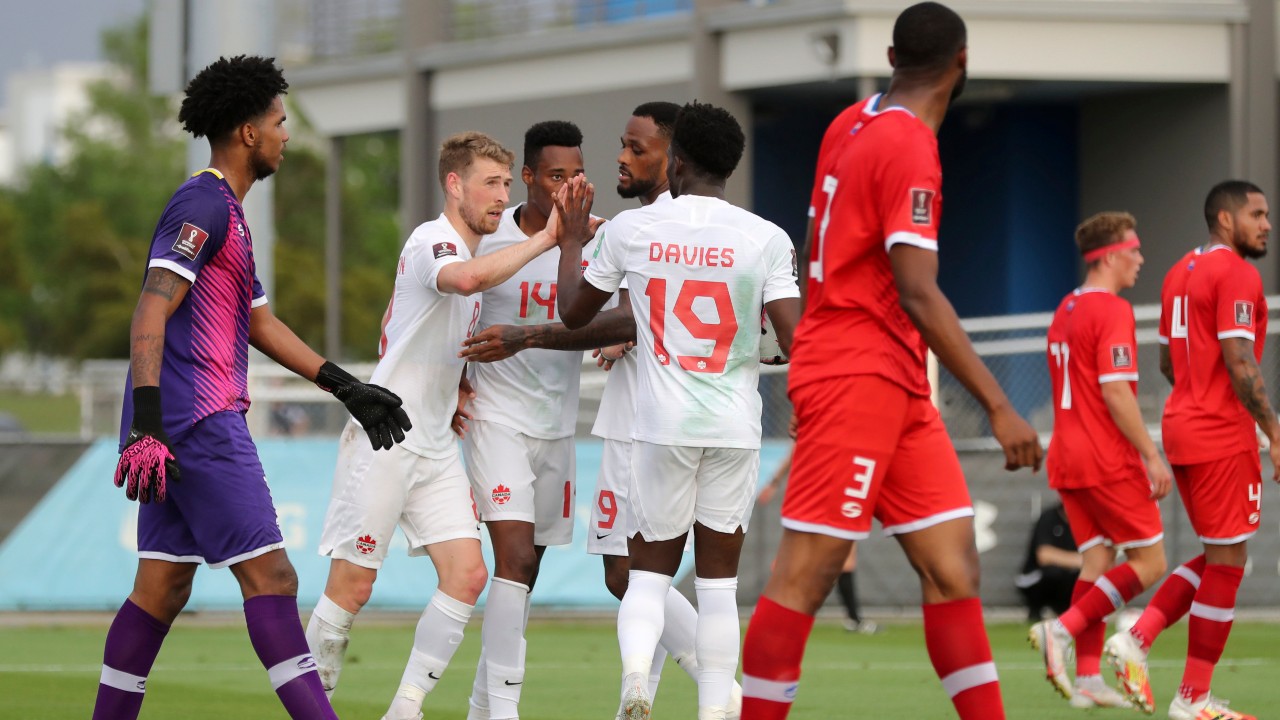 Canada will play World Cup qualifying games next month versus Aruba and Suriname in Bradenton, Fla., and suburban Chicago, respectively.

Travel restrictions due to the pandemic have forced Canada, ranked 70th in the world, and other some countries to find neutral sites to stage these games. The Canadian men’s first qualifier, a 5-1 victory over Bermuda on March 26, took place in Orlando rather than a home venue north of the border.

Canada and Suriname both won their first two qualifying matches, but Canada occupies top spot in the group with a plus-15 goals difference compared to plus-nine for Suriname.

“We had hoped to play these matches at home with Canadian fans providing the support and momentum to play a tough nation like Suriname in FIFA World Cup qualifiers,” Canada coach John Herdman said in a statement.

“The reality of the global pandemic and the priority to keep our communities in Canada safe means the match will be played at a neutral site in Chicago with no home advantage, but we will embrace that challenge. Whatever comes at us, we will take it on and do whatever we need to do to advance to the next round.”

The Canadians played the 194th-ranked Cayman Islands in Bradenton on March 29, romping to a record 11-0 victory in what was scheduled as a home match for the Cayman Islands.

While the Canadian men have played and trained in Florida during the pandemic, the heat and humidity in the Sunshine State in June is punishing. Plus Chicago has the advantage of being an easy city to access internationally.

On the plus side, all three Canadian MLS teams are currently based in the U.S., meaning there will be no quarantine issues with games south of the border.

Suriname hosts No. 168 Bermuda on June 4 in Paramaribo before facing Canada.

Thirty CONCACAF teams are competing in the pandemic-delayed first round of World Cup qualifying, with the six group winners moving on to a second round of head-to-head knockout matches.

The winner of Canada’s group advances to face the Group E winner — likely No. 83 Haiti, No. 147 Nicaragua or No. 170 Belize. The second-round playoffs are scheduled for June 12 and 15, making for a logistical challenge for Canadian team officials with Group B possibly only being decided four days earlier.

The winners of the three second-round playoffs join five other higher-ranked teams in the final round of eight, which will see the teams play each home and on the road.